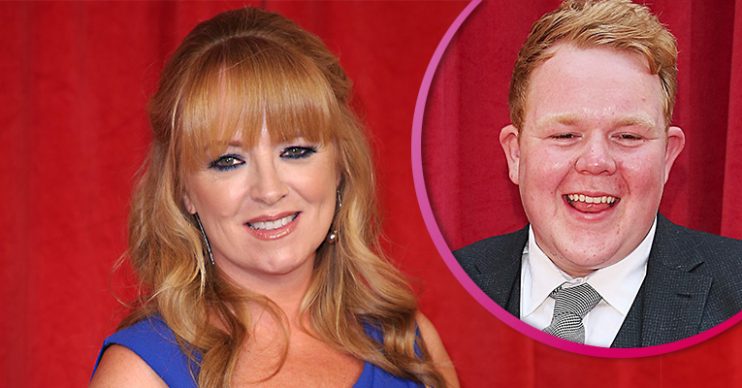 Sally posted the video to her Instagram page showing Colson flicking through the colourful book.

As he finished it Colson said: “That’s the end. You know that’s the first book I’ve ever read start to finish” as Sally laughed in the background.

Just another day in the office for @colsonjsmith x

Sally captioned the video: “Just another day in the office for @colsonjsmith x.”

One fan wrote: “He’s so funny,” with a laughing emoji.

Colson appears to be close with his co stars. The actor previously lived with co-star Jack P. Shepherd, who plays David Platt, before moving in with Ben Price who plays David’s half-brother Nick Tilsley.

Since joining the soap, Craig has been involved in various storylines including discovering he had Obsessive Complusive Disorder (OCD) and Bethany Platt’s grooming storyline.

Neil was a friend of Nathan Curtis, who groomed Bethany and had his friends sleep with her for money.

The corrupt police officer Neil went to jail for his crimes but his daughter believed he was innocent. Kayla used Craig in order to get closer to get information on Bethany.

Bethany soon realised who Kayla was and the waitress tied Bethany up and refused to let her go until she said she was lying about what her dad did.

Luckily, Craig came to her rescue and played Kayla a recording of Neil proving he did rape Bethany.

Kayla disowned her father after learning the truth.