Bethany Platt might only be 18, but she's already been through so much in her short life.

From being born to a teen mum and accidentally taking ecstasy as a toddler, to her grooming ordeal at the hands of Nathan Curtis, Bethany has not had it easy.

Lucy Fallon took over the role in 2015 and has since become one of the most popular faces on the Street. Her performance during the grooming storyline won her two British Soap Awards and a National Television Award.

Things might be a bit quieter for Bethany of late, but we're sure another huge storyline is just around the corner, so here's a look at Bethany's past. 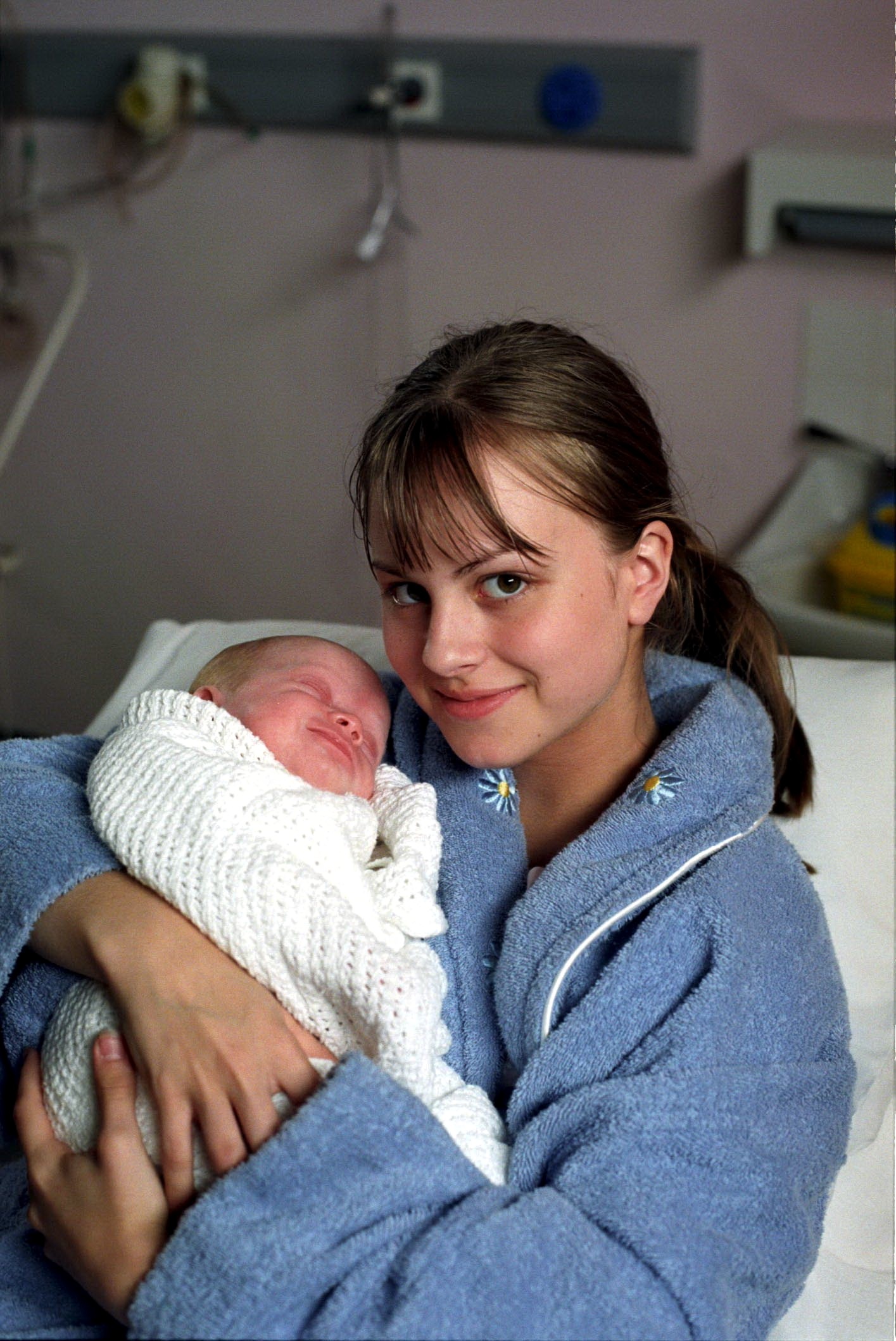 Sarah gave birth to Bethany when she was just 13 (Credit: ITV/REX/Shutterstock)

Bethany was a surprise arrival for teenager Sarah-Louise Platt (Tina O'Brien) who gave birth when she was just 13 years old on June 4, 2000.

Played first by Mia Cookson, then by twins Amy and Emily Walton, Bethany was at first going to be adopted, then brought up by her gran, Gail Rodwell (Helen Worth) before eventually Sarah decided she would keep her baby.

But Sarah went off the rails, dating bad boy Aidan Critchley and nearly dying in a car accident.

The realisation her daughter was almost left motherless, spurred Sarah into being a better mum and taking responsibility for her little girl. 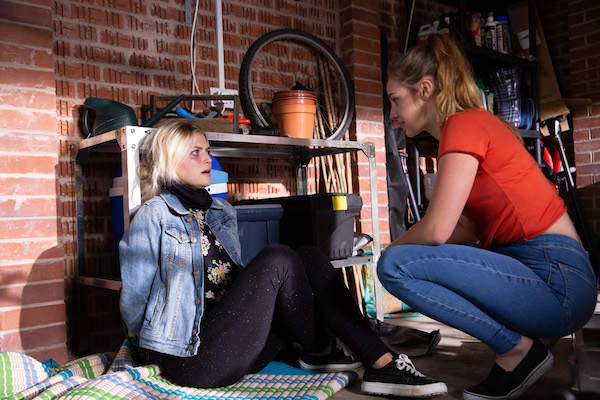 Bethany's fourth kidnap was at the hands of her abuser's daughter (Credit: ITV)

Being kidnapped once is pretty unlucky, but poor Bethany has been snatched four times.

The first was by Alison Webster, who overcome with grief by the death of her own newborn son, Jake, took baby Bethany before being found by Kevin Webster, handing Bethany back and taking her own life.

Bethany was safe enough until she was three and then her paternal grandmother, Brenda Ferns came into her life.

After the death of her son, Bethany's dad, Neil, Brenda became obsessed with her granddaughter and kidnapped her so they could die together and be with Neil. It was Emily Bishop to the rescue that time.

The third kidnap was at the hands of Nathan Curtis's cronie, Mel, who was determined to keep Bethany away from testifying against her abuser and drove her to train tracks. But Bethany persuaded Mel to let her go.

Bethany's experience with Nathan and his evil mates came back to haunt her again when abuser Neil Clifton's daughter, Kayla arrived in town.

Determined to prove her dad's innocence, she manipulated Bethany and Craig Tinker, and ended up tying Bethany up in her basement until she confessed she'd lied about Neil raping her.

Bethany held strong and Craig arrived to rescue her with Neil's recorded confession to prove to Kayla her dad was a wrong'un. 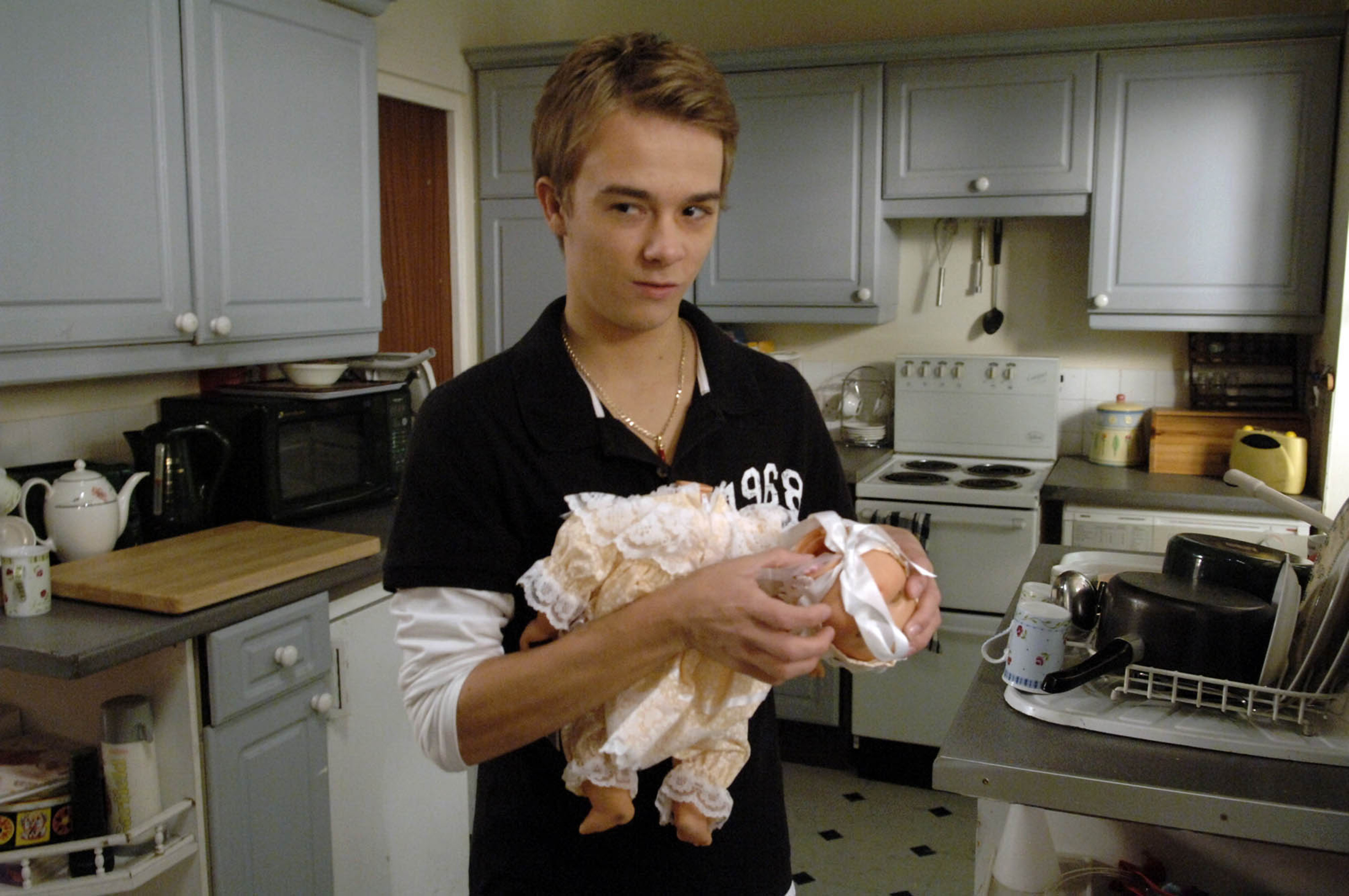 When David Platt (Jack P Shepherd) was babysitting his niece, he hid ecstasy tablets he was holding for a friend in Bethany's doll.

Of course, seven-year-old Bethany found and ate one and David made the situation worse by making her drink salt water to throw it up.

An unconscious Bethany was rushed to hospital. David confessed and was thrown out.

Bethany recovered within a few days to be bridesmaid at her mum's wedding to Jason Grimshaw (Ryan Thomas).

Bethany is groomed by Nathan 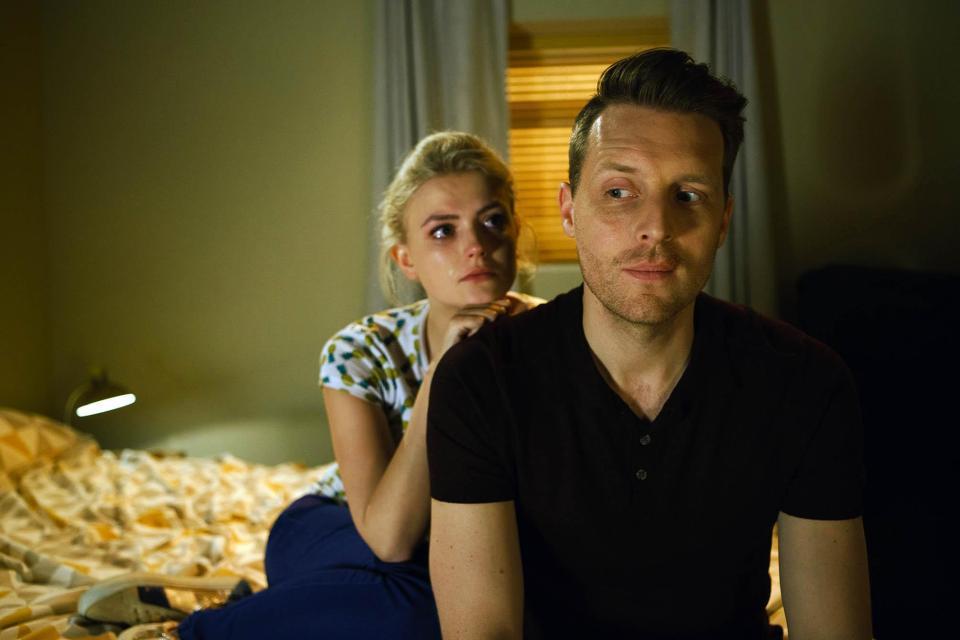 After a stint of almost eight years in Italy, Bethany returned to Weatherfield a troubled teen in 2015.

The victim of bullying, she fell in with the wrong crowd when she met much-older Nathan (Chris Harper) who convinced her they were in love and would live happily ever after.

In fact, he was just grooming her to be part of his sex ring and had big plans to sell her off to some associates in Amsterdam.

Totally taken in by his charms, Bethany didn't even realise he was no good when he forced her to sleep with all his mates.

Once her family realised what was really going on, they managed to get her away, but Bethany was still under Nathan's spell and tried to run away with him. However, on the journey abroad she quickly realised her family's warnings had been right all along and asked a stranger for help.

Nathan was arrested and after Bethany bravely testified in court, he was sent down along with his cohorts. 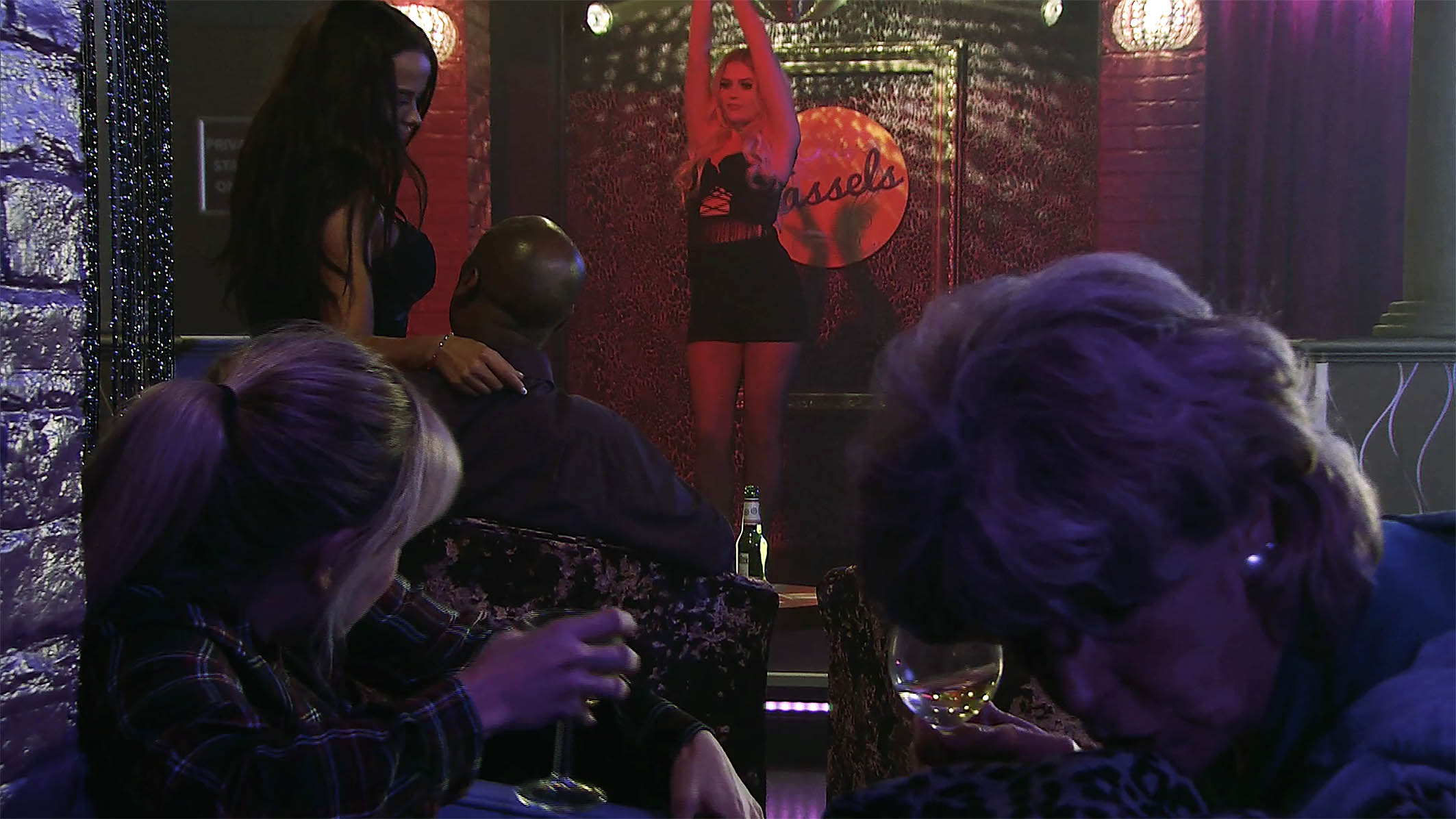 Determined to take control after her grooming ordeal, Bethany started working as a lapdancer.

Wanting to make sure she said who did what to her and her body, the 17-year-old remained firm when her family found out what she was up to.

Unfortunately, memories of what Nathan had done to her continued to haunt her and she glassed a punter who was on a stag do because she thought it was Nathan. She soon went back to her salon apprenticeship job to gain some normality in her life.

Bethany's best friend through thick and thin has been Craig Tinker (Colson Smith). He's been there for her through the best and worst of times.

He was instrumental in the downfall of Neil Clifton after recording a confession on his phone from the evil police officer, even though it threatened Craig's own career in the process.

After Craig confessed his love for her, they tried to give things a go, but soon realised they were better off as friends. 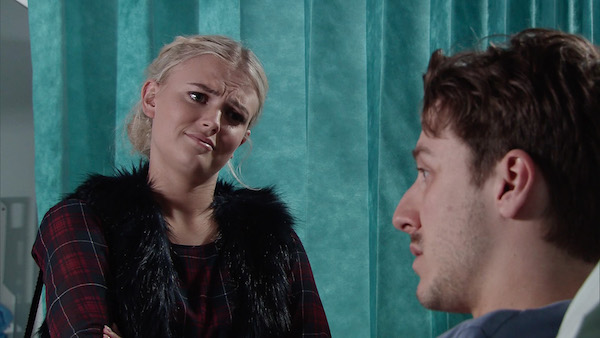 Was it too soon for Bethany and Ryan? (Credit: ITV)

Bethany's latest romance is with Ryan Connor. When they first got together, she panicked when he tried to take things further and ran away.

But after he discovered what she'd been through, they decided to try again and take things slowly. Although a planned trip to Ibiza was scuppered when Kayla took Bethany hostage.

They have grown close again, despite his history of cocaine abuse, but whether their relationship will ever be fully back on track, it remains to be seen.

Read more: Coronation Street's Sarah and Gary: a history of their relationship

"Please, I need your help. I need you to call the police. My name's Bethany Platt and there's a man, he's trying to make me leave the country with him and I don't want to go."

A whole nation breathed a sigh of relief as Bethany realised Nathan was no good and begged a stranger at a service station for help.

Are you a Bethany Platt fan? Leave us a comment on our Facebook page @EntertainmentDailyFix and let us know what you think. 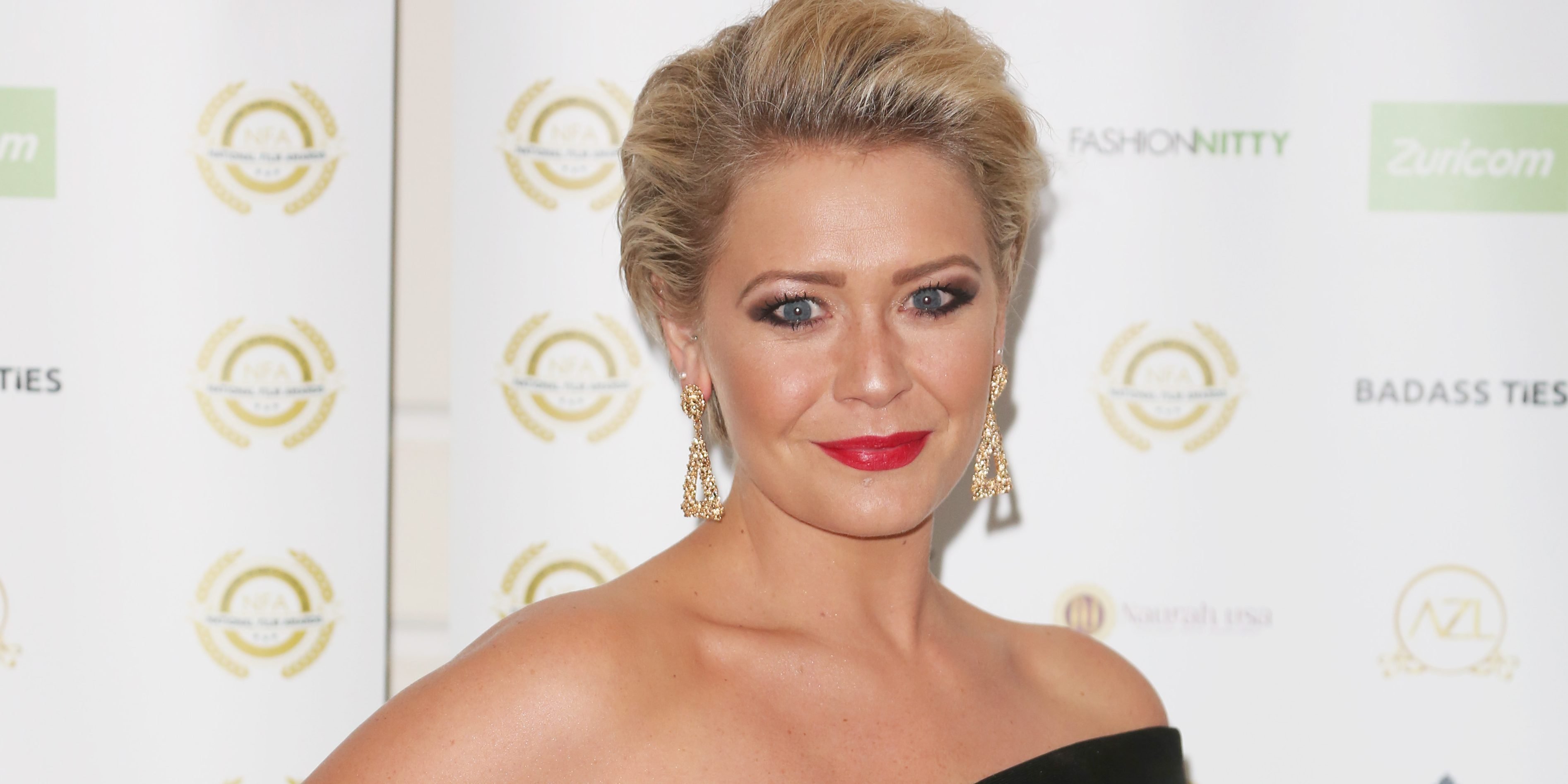