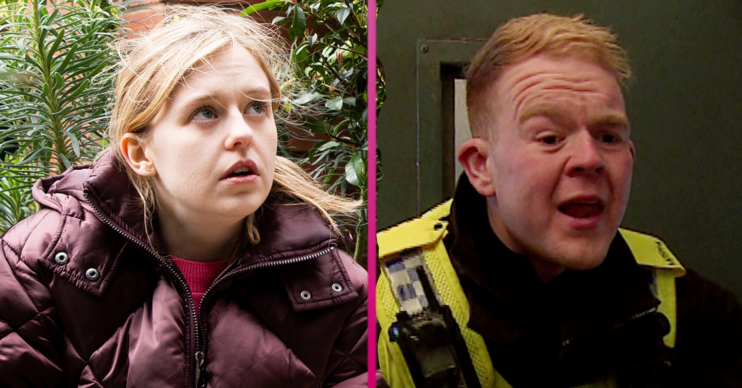 As her troubles get the better of her, Summer is found unconscious and in a bad way

Troubled Summer in Coronation Street is in deadly danger this week. She fails to look after herself and fights for her life after slipping into a diabetic coma.

Summer has been wrapped up in her studies, obsessively revising through the night and not keeping to the routine she needs to control her diabetes.

On top of that, her obsession about her weight has continued.

We’ve seen her bingeing on junk food, and Amy also caught her making herself sick.

Summer begged Amy not to tell Billy, and she promised it wouldn’t happen again and that she’d look after herself from now on.

However, next week it becomes clear that Summer still isn’t well.

Amy finds her in the Victoria Garden looking pale, but when she challenges her, Summer loses her temper and bites her head off.

However, when Amy leaves, Summer’s condition is clearly getting worse.

Meanwhile, Jacob is trying to make a fast buck after Evelyn over-ordered on alcopops for the shop.

Jacob is trying to sell off the excess booze in the garden when a vengeful Simon decides to report him to the police.

The cops arrive, and Jacob scarpers sharpish. However, in his rush he leaves behind a couple of bottles of booze.

Locked up and out cold

When the police spot Summer slumped on the bench, they think she’s drunk, and decide to take her down to the station so they can keep an eye on her while she sobers up.

Amy and Aadi are shocked about Summer’s arrest, and immediately realise that drink may not be the reason for the state she’s in.

Rushing to the station, they let Craig know what’s going on. Craig heads down to the cells and is shocked to find Summer out cold.

Craig cries out for someone to call an ambulance, realising that Summer is in a diabetic coma.

But is he too late? Can Coronation Street’s Summer be brought back from the brink – and will she finally learn her lesson if she is?