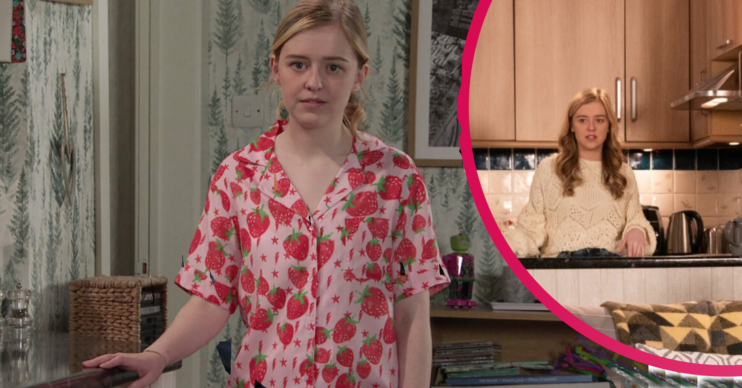 Can anyone help her?

Coronation Street spoilers for next week suggest a desire not to be seen as the ‘boring’ one could end in tragedy for Summer Spellman,

The teen, who is in the grip of an eating disorder, is encouraged by Todd to relax and have some time out with her mates.

But Summer is adamant that she needs to revise more.

Later, Billy steps in and insists that Summer takes the night off of revision.

He’s secretly worried that she’s overworking and notices when Summer tells him she’ll eat lunch in her room.

Alarm bells ring and Billy urges her to have a night out with her friends.

Annoyed at always being the boring one, Summer soon cuts loose and begins knocking back the wine in the cafe.

Her friends, Nina, Asha and Amy are soon worried about her.

But when they question her about her insulin levels, Summer snaps at them.

She’s determined to have a good time, even though she’s clearly drunk before the night has even begun.

Will her risky behaviour lead to her causing herself permanent damage?

Her diabetes means drinking could be very dangerous for her – is her life on the line?

And this especially coupled with her eating issues could prove fatal.

Her feelings grew as he tutored her and Summer began feeling jealous of his girlfriend, Daisy.

Why is Summer going off the rails?

Since then, the teen has been obsessing about her food intake.

She’s been seen binging on junk food and then making herself sick.

Summer was targeted by a perv, who took upskirt photos of her earlier this year too.

She was stunned to find Max in the memorial garden looking at an upskirt photo.

The teen was even more stunned to realise the photo was of her.

Amy and Asha told her to go to the police but Summer was too embarrassed.

While Amy tore strips off Max, Summer was seen hiding away and stuffing her face with chocolate.

Is the teen about to spiral out of control?