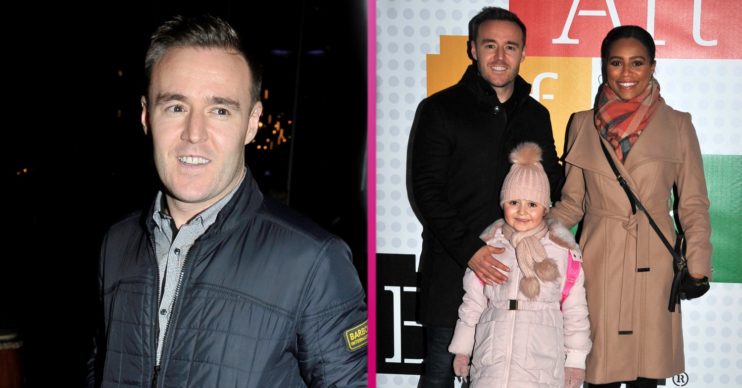 Sienna is the daughter of Alan and Lucy-Jo Hudson

Coronation Street star Alan Halsall has shared an adorable photo of his daughter Sienna as she goes back to school.

The Tyrone Dobbs star Alan posted the picture of Sienna in her school uniform to Instagram.

He captioned the post: “My big girl. She was so excited to get back to school today and start year two. Daddy is so proud of you a princess. Have fun.”

Andy Whyment, who plays Kirk Sutherland, commented: “Hope she has a nice day.”

Daddy is so proud of you a princess. Have fun.

Yesterday (Wednesday, September 2) Andy shared pictures of his kids Tom and Hollie on their first day back.

Sienna is the daughter of Alan and his ex-wife, former Corrie and Hollyoaks actress Lucy-Jo Hudson.

Alan is now in a relationship with former Corrie actress Tisha Merry.

Meanwhile, Lucy and her boyfriend Lewis Devine welcomed a baby boy in February.

Throughout the UK lockdown, children with parents who live separately were able to go between households and it looks like Sienna had a good time with her dad and Tisha.

Alan often shared photos to his Instagram of days spent with his daughter.

Earlier this month, Alan unveiled his home cinema during a movie night with Sienna. Recently, the two enjoyed a day at Alton Towers together.

Although his daughter has just gone back to school, Alan returned to work a couple of months ago.

Alan hasn’t been seen much as of recently, however he has made appearances in the garage.