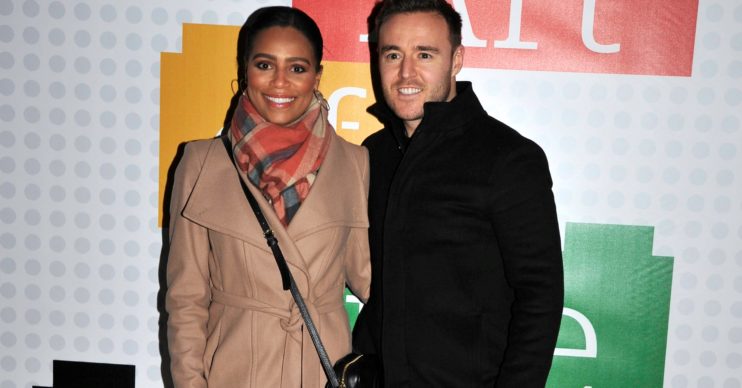 Coronation Street star Alan Halsall has shared his nerves as he let girlfriend Tisha Merry give him a lockdown haircut.

He posted a picture of him in the hairdresser’s chair with Tisha poised to chop and asked fans to ‘wish him luck’.

“Four years ago I had my first hair transplant…” he said. “Today it’s being cut by Tisha Merry because it’s too long!! #thingsyouthoughtyoudneversay #lockdownhaircut #wishmeluck.”

Fans wished him luck, with many asking for an ‘after pic’.

Alan was happy to oblige and fortunately it looks like Tisha did a great job!

How many hair transplants has Coronation Street star Alan Halsall had?

Alan had his first hair transplant in 2016.

He went for a second procedure in March 2019.

The Tyrone Dobbs actor was forced to defend his decision to fans who questioned why he was having it done.

He told the Daily Mirror: “I’ve spoken with so many men who have confidence issues because of their hair, maybe this will let them know they have options.

“People have it done all the time – it’s not something to be ashamed of.”

Fortunately Tisha’s attempt at Alan’s hair was far better than when his daughter, Sienna had a go at updating his look with hair chalk!

Alan posted a picture with Sienna on Instagram as the two showed off their new style.

Alan also made a homemade McDonald’s for Sienna, as the famous fast food branch has shut it restaurants across the UK due to coronavirus.

Last month Alan and Tisha celebrated being together a year as Alan shared a sweet picture of them both.

The couple met on the set of Coronation Street in 2013 when Tisha joined the cast as Steph Britton.

Alan and Tisha went public with their relationship in May 2019 at the wedding of Corrie’s Sam Aston and Briony Gardner.