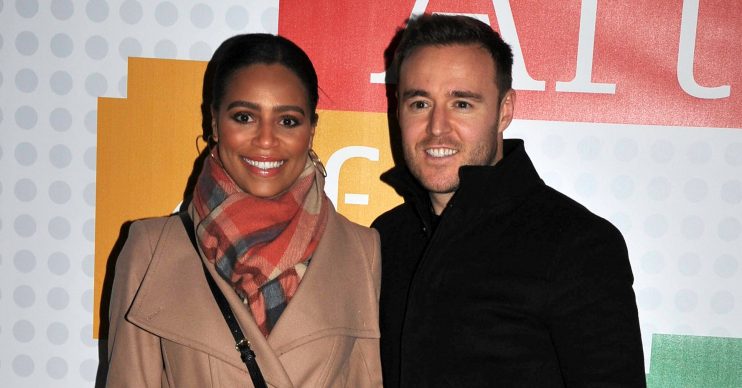 Coronation Street’s Alan Halsall has paid tribute to his girlfriend Tisha Merry as they celebrated being together for a year.

The actor, who plays Tyrone Dobbs in Corrie, posted a picture of them both to his Instagram.

Their friends and co-stars rushed to congratulate the couple.

Alan and Tisha met on the set of Coronation Street, when Tisha joined the show as Steph Britton in 2013.

Steph left Weatherfield in 2017 and returned briefly in 2018. But she hasn’t made a return since.

When Steph and Alan met, he was still married to ex-wife, former Corrie star Lucy-Jo Hudson.

Alan and Lucy confirmed their divorce in 2018 but revealed they planned to stay friends as they share custody of daughter Sienna.

Since their split, Lucy has moved on with boyfriend Lewis Devine and back in February this year, they welcomed a baby boy.

Lucy announced the news on her Instagram story wrote: “When three become four. 18.2.2020.”

Lewis also shared his joy saying their son had arrived safely saying: “Our Sienna is delighted and is already making the best big sister, just like I knew she would.”

However Lewis’s caption didn’t appear to go down well with Alan, after he referred to Sienna as his own.

Alan wrote on his Instagram stories shortly afterwards: “You’re welcome to keep the lying cheating one and call her your own! But not my daughter.”

How did you and your partner celebrate your first anniversary? Leave us a comment on our Facebook page @EntertainmentDailyFix and let us know what you think!