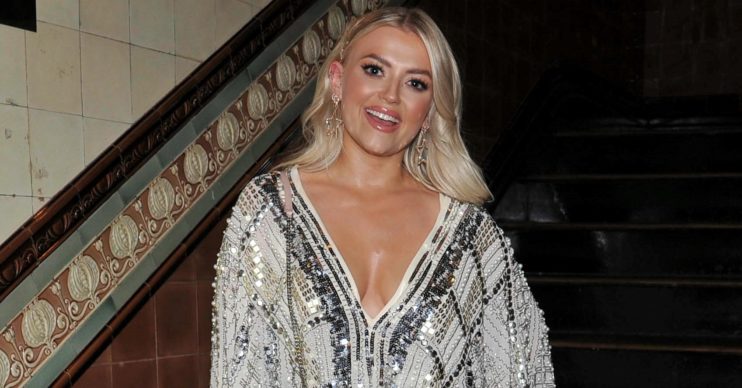 The actress, who played Bethany Platt in the ITV soap, posted her updated look to her Instagram story, showing off her pink/peach locks.

Over the picture she wrote: “Hi how are ya @shrine.”

In an earlier post, Lucy revealed she’d been sent both pink and peach hair dye to try and was looking forward to it.

Last month, Lucy revealed on Instagram that she had dyed her hair peach.

She wasn’t the only soap star to change up her appearance as her former Corrie co-stars also decided to shake things up.

Meanwhile Alexandra Mardell, who plays Emma Brooker, has dyed her hair purple and blue throughout lockdown.

Soap stars are now able to temporarily change up their hair as they’re no longer filming.

Since leaving Corrie earlier this year, Lucy has taken advantage of being able to change up her hair.

One of the first things she did was have extensions put in after sporting shoulder length hair.

Last year, Lucy announced she would be leaving the soap at the end of her 2020 contract.

Bethany said an emotional goodbye to her family and friends in February of this year after deciding to move to London.

Shortly after the death of his wife Sinead, Daniel began a relationship with Bethany.

Despite everyone warning Bethany it was a recipe for disaster, she ignored them.

When she was offered her internship in London, she originally planned not to go. But Daniel agreed to move with her, along with his son Bertie.

But when Daniel proposed to Bethany whilst drunk, calling her ‘Sinead’, she realised he was still grieving for his wife.

Bethany decided to leave Weatherfield alone. Although Lucy’s alter ego has left, she confirmed she will return to the soap one day.