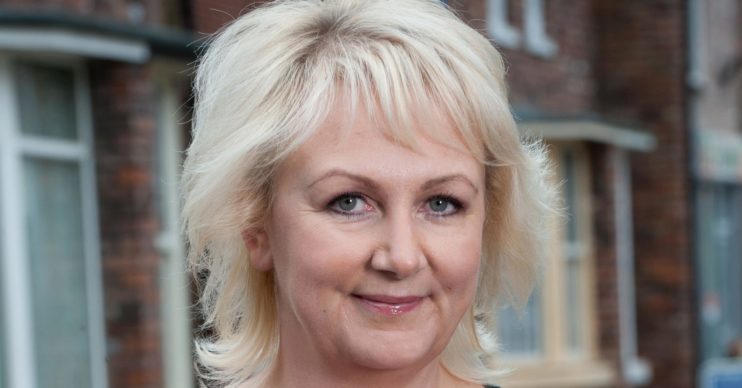 Eileen has had her suspicions about Geoff for a while

In tonight’s Coronation Street (Friday, June 12) Eileen voices her thoughts to Tim about the Geoff and Yasmeen situation. Will Tim finally start to see his dad’s true colours?

Recently Geoff has been staying with Tim and Sally after Yasmeen stabbed him in the neck. While Yasmeen is in prison awaiting trial, Geoff has been spinning lies telling people that Yasmeen abused him, when viewers know it was the other way around.

In tonight’s visit to Weatherfield, Sally tells Tim she wants Geoff out of their house, forcing him to move back to No.6.

After talking to his dad, Tim feels bad. However Eileen tells her pal she isn’t sure about Geoff’s side of things either.

Once hearing what Eileen thinks, Tim starts to wonder about Geoff’s protestations of innocence himself.

What does Eileen know?

While Eileen hasn’t been directly involved with the storyline, she was suspicious when she learnt Geoff had ‘accidentally’ locked Yasmeen in a magic box.

On the night Yasmeen stabbed Geoff, just before the incident, Eileen saw them both walking into No.6.

But she overheard Geoff saying some nasty things to his wife before he locked her in their home.

Could she be the key to proving Yasmeen’s innocence?

What have the cast said about Eileen’s views?

As reported in the Digital Spy, Sally Dynevor, who plays Sally Metcalfe, spoke about Eileen’s thoughts. She said: “I think Eileen starts to say a few things. Sally has said things but hearing them out of the family home and from someone else makes Tim start to think.

She added: “He’s not really listening to Sally, but listening to someone like Eileen, who is not part of it, makes him suddenly think.”