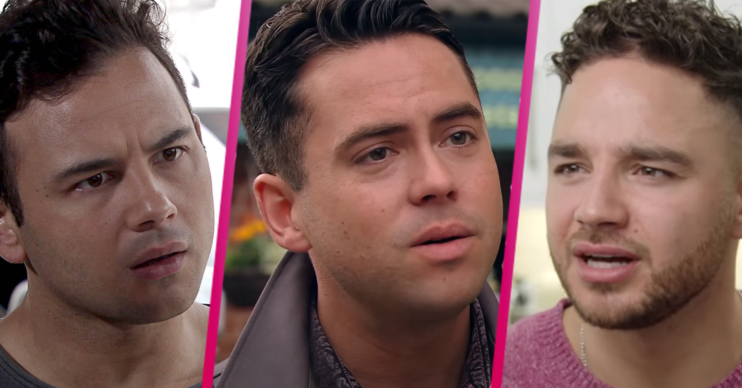 It has been reported the soap will be recasting the character

Coronation Street fans have said they want Adam Thomas to be cast as Todd Grimshaw.

It was reported today in the Daily Star that Corrie bosses are currently searching for a new actor to play Todd after former actor Bruno Langley was axed in 2017.

Since the rumour emerged, fans have already come up with ideas for the recast. One includes former Emmerdale actor and Ryan Thomas’s brother, Adam, joining the soap.

In a forum on Digital Spy, one fan wrote: “I was gonna say bring in Adam Thomas (Adam on Emmerdale) for the recast since Adam and Ryan are brothers and they would look a like and I’m sure both could believably pass as Eileen’s sons.”

A second said: “Actually I had a similar thought: that it would be quite funny to bring Adam or Scott Thomas as a recast Todd, so they would have one of Jason’s real-life brothers playing his on-screen brother.”

Another added: “It’s a shame that Bruno isn’t returning. However I’m looking forward to this. I just hope they get the casting right. I’d love to see Billy with a good character and someone he works well with.”

Todd’s brother Jason was famously played by Ryan, who left the show in 2016.

While this is all speculation from fans, Adam recently joked he would be returning to Emmerdale.

Coronation Street: Why was Bruno axed as Todd?

Bruno was axed in 2017 after pleading guilty to two counts of sexual assault.

In December of that year Bruno said: “I have no excuse, no one forced me to drink to such an extreme, but it is hard to explain why I would do anything as dreadful as that. It must have been awful for those women, and I am ashamed of myself. I’m truly sorry.

“I sincerely apologise to the women, from the bottom of my heart. I promise I will never do anything like that again.

He added: “I accept my punishment because I know what I did was wrong. I’m not trying to attribute blame to anyone else other than myself.

“To treat women in the way I did is truly shocking. No one should be subjected to that. I was horrified when I heard what I’d done. My behaviour was dreadful. I’m so sorry for what has happened.”

As a result of losing his job, character Todd went on the run after assaulting a police officer.

However the soap recently hinted at a return when Eileen mentioned she hadn’t heard from her son in a long time.

Would you like to see Todd return? Leave us a comment on our Facebook page @EntertainmentDailyFix and let us know what you think of this story.