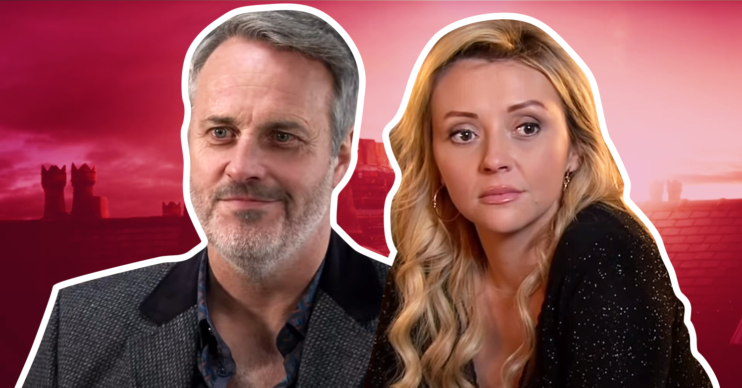 Some fans think Nicky may have been involved with Geoff

A couple of weeks ago, viewers were introduced to sex worker Nicky, as she sparked up a business arrangement with Daniel.

However, since her arrival, theories have begun flying around about the newcomer and if she already has another connection to the cobbles.

A new theory is that she is connected to businessman Ray Crosby, who has made advances on many of the women who have worked for him.

Coronation Street: What did fans say?

Speaking on a Digital Spy forum, a fan said: “In a new interview, Kimberly Hart-Simpson said this: ‘But what’s been nice is that people have developed conspiracies about the reason why she’s there – as there are other Corrie storylines that involve people in Nicky’s line of work, so people are trying to add it up.

“And that’s ace, because that’s what you want isn’t it? There is a big twist coming though – and no one has guessed it yet!'”

They added: “I’m intrigued now! I’ve seen it mentioned on this forum and I’m also wondering if this has got something to do with Geoff? Geoff seems the most likely because his history of booking escorts has been exposed and he could have easily booked Nicky in the past.

“A wilder theory is that Nicky works for Ray, and has been instructed by Ray to find out what Daniel knows. Didn’t Daniel see Ray’s dodgy plans on his lawyer’s computer a while ago?”

One viewer replied saying: “Her working for Ray all this time would be a great twist. The idea that Ray is operating offscreen now while keeping the slimy ‘nice guy’ facade in the rare scenes we see him on camera is great, it makes him more of a threat.”

Could Nicky be Ray’s daughter?

Another added that Nicky could even be Ray’s daughter.

The wrote: “Interesting enough, Ray has a daughter, so Nicky could be Ray’s daughter? Imagine his reaction to that.”