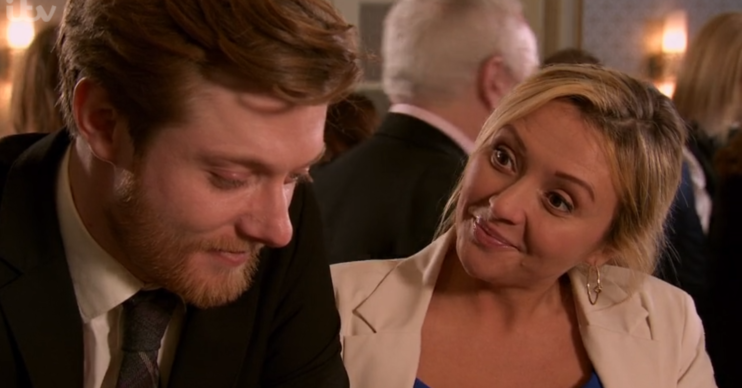 Nicky revealed her job to Daniel

Earlier this week, viewers saw Daniel meet Nicky at an event he attended with his nephew Adam.

But as it proved to not be his scene, he ended up sitting alone at the bar. Soon Nicky came along and struck up a conversation.

In tonight’s visit to Weatherfield, Daniel and Nicky continued to spend the evening together.

Daniel told his new friend how hard it was raising a child and how he missed the adult company. And when Nicky suggested to Daniel that they take themselves somewhere private, he accepted.

However, it soon turned out Nicky wasn’t just the friendly person she seemed – there was more to her.

Before they went any further, Nicky said to Daniel: “Should we sort out the boring bit first?… The money.”

She then told Daniel she charged £150 an hour, leaving Daniel shocked at who she really is.

Upset, thinking Nicky genuinely liked him, Daniel gave her some of his cash before storming off. But is there more to come for these two?

What’s next for Daniel and Nicky?

Whilst it hasn’t been revealed whether Nicky is a permanent character, next week Daniel ends up meeting up with the sex worker once again.

Daniel feels guilty about his night with Nicky and lies to Adam that they went their separate ways. However Adam becomes concerned when he hears Daniel was buying strong lager in the corner shop.

Meanwhile, the former Bistro worker heads to the hotel where he meets with Nicky.

Clearly on edge he tells her meeting up was a mistake and he shouldn’t have called her. But he soon opens up about Sinead.

He tells Nicky how much he loved his wife and how much he misses her, and how lonely his life has become.

Could this be the start of a new friendship for Daniel – or something more?