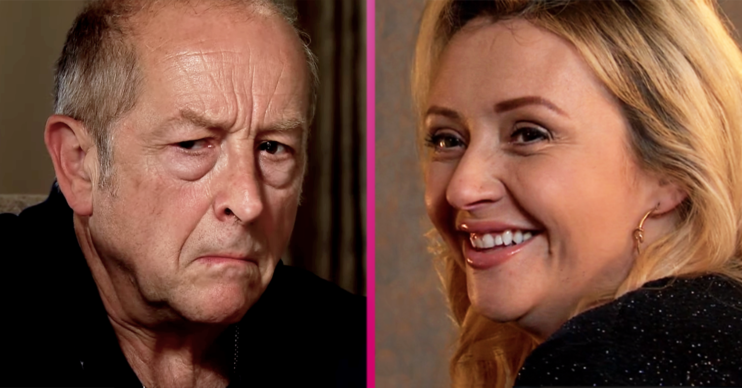 Coronation Street: Do Nicky and Geoff know each other?

Last week Coronation Street viewers were introduced to sex worker Nicky Wheatley. But does she have a connection to someone on the cobbles?

In her first scenes, she met Corrie resident Daniel Osbourne and the two seemingly began to bond. But Daniel was taken aback when he learnt Nicky was a sex worker.

Embarrassed, thinking she genuinely liked him, he ran off. But in last night’s episode (Wednesday, June 25) Daniel met up with her in a hotel room.

Just moments after arriving, Daniel immediately regretted his decision and tried to leave. But Nicky said to him: “If this is about you having a wife, don’t worry. Half the blokes that come here are married.”

Could this be a hint she has already met up with someone who lives on the Street?

Over the last year, Corrie has been airing a coercive control storyline which has shown Geoff Metcalfe abusing his wife Yasmeen.

A couple of months ago, it was revealed that Geoff had been meeting and sleeping with escorts. He even ended up contracting an STI and passing it on to Yasmeen.

Although his son Tim and daughter-in-law Sally found out about Geoff’s encounters with the sex workers, Geoff made out that he only met with them as Yasmeen wouldn’t sleep with him.

Meanwhile, Yasmeen is currently in prison waiting to see if she will be charged with attempted murder, after she stabbed Geoff in self-defence.

Read More: Samia Longchambon fans say she looks ‘much younger’ as she returns to Coronation Street

But could Nicky be the one to swoop in and help prove Yasmeen’s innocence? Corrie fans definitely believe there’s a chance she and Geoff crossed paths.

i wouldn't be surprised if geoff gave that nicky one #Corrie

What happened with Daniel and Nicky?

During their meeting, Daniel told Nicky how he was missing Sinead and how he was feeling lonely.

She explained he no longer had to be lonely. Could a romance potentially blossom between the two?