The actress turned 27 on June 4, and rather than partying hard, she revealed in a post to Instagram, that she celebrated with a mocktail instead!

In the emotional post, she told how she's looking forward to being a mum for the first time and couldn't be happier with her life.

☀️This year I spent my birthday with a mocktail in my hand & a little baby kicking inside me,thinking about my journey starting as a ”Mummy” I have no clue what the future holds or how my life is about change, yet I am more at home and content than I have ever been. Even before I have met you, you're my 🌎 my little baby✨💛☀️

Cradling her bump and looking glowing in a white shirt dress and black hat, while standing on a balcony somewhere very sunny, Brooke gushed about her impending arrival.

She wrote: "This year I spent my birthday with a mocktail in my hand & a little baby kicking inside me, thinking about my journey starting as a 'Mummy'.

"I have no clue what the future holds or how my life is about change, yet I am more at home and content than I have ever been. Even before I have met you, you're my 🌎 my little baby."

Brooke's co-stars past and present were quick to comment on the picture.

Sally Dynevor, Brooke's on-screen mum, Sally Metcalfe, said: "What a wonderful mummy you will be."

And Bhavana Limbachia, who played the late Rana Habeeb, agreed: "You're going to make a wonderful mummy," she said. 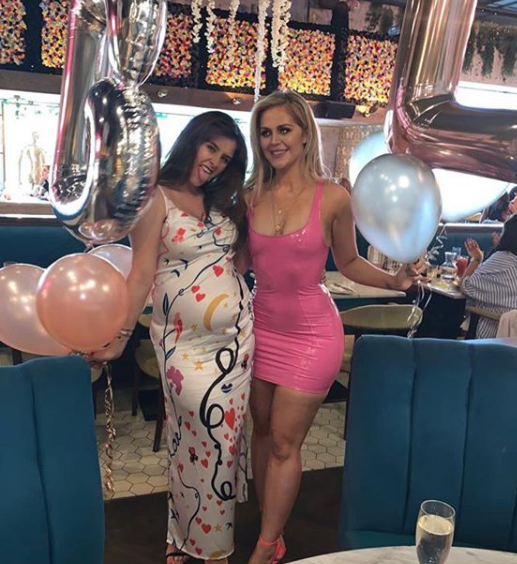 Brooke kicked off her birthday celebrations weeks ago! (Credit: Instagram/@brookelevivincent)

At the weekend, Brooke took her bump along to their first red carpet event since announcing her pregnancy at the British Soap Awards.

I am more at home and content than I have ever been.

The star posted a picture cradling her bump in a glittering gold gown to her Instagram account as she was on her way to the ceremony.

She captioned the snap: "My bump's first red carpet."

Many of her co-stars were quick to comment on the picture, with Samia Longchambon, who plays Maria Connor, saying: "Gorgeous Brooke and bump!"

And former on-screen lover, Sacha Parkinson (Sian Powers) wrote: "You look so so so so so BOODIFULLLL!"

After having the snap taken in her back garden, Brooke headed to the ceremony at the Lowry Theatre in Manchester, where she hit the red carpet. 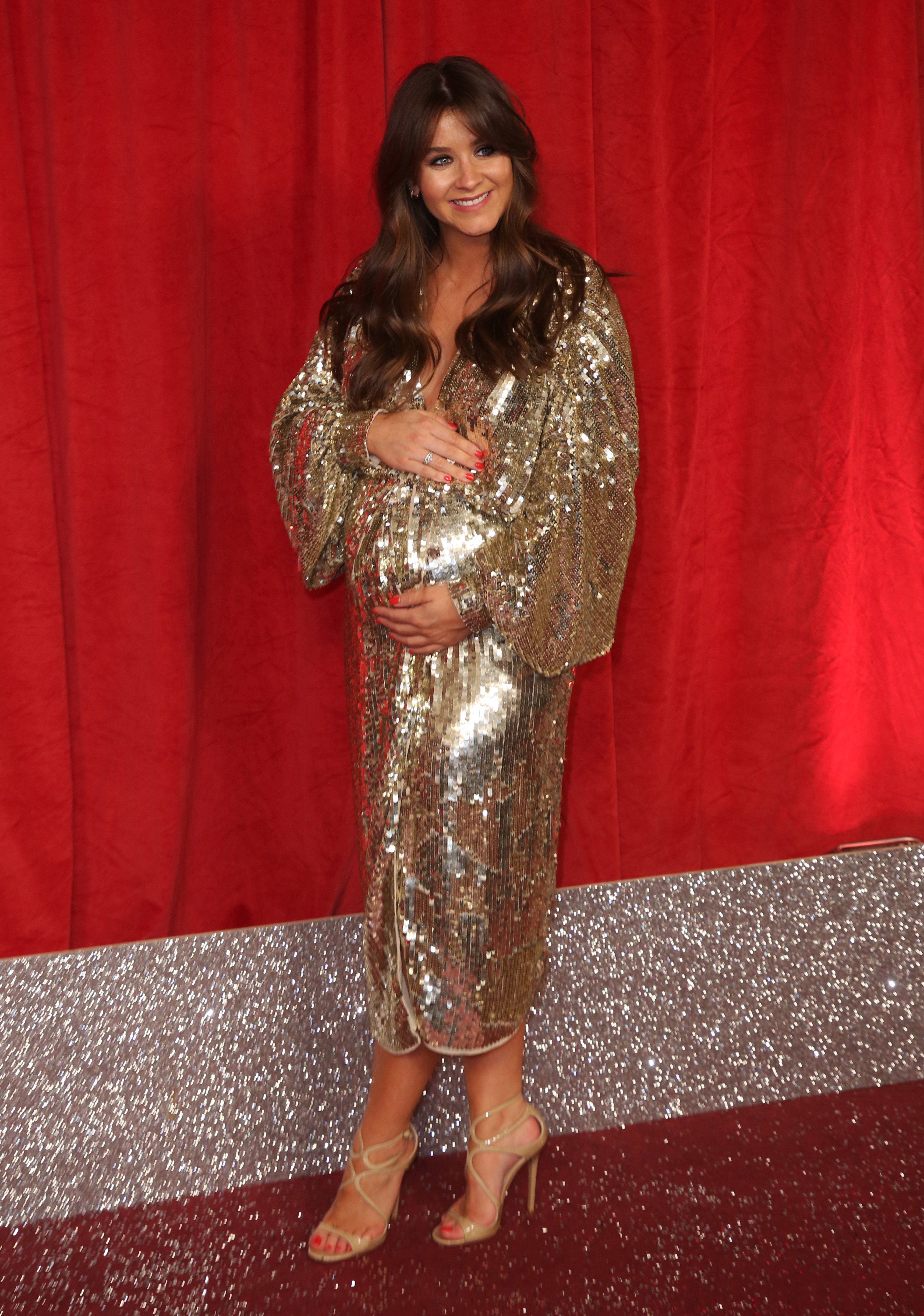 The Sophie Webster actress said she is "beside" herself with "happiness" about becoming a mum for the first time.

The 26-year-old, revealed she thought she may never fall pregnant. 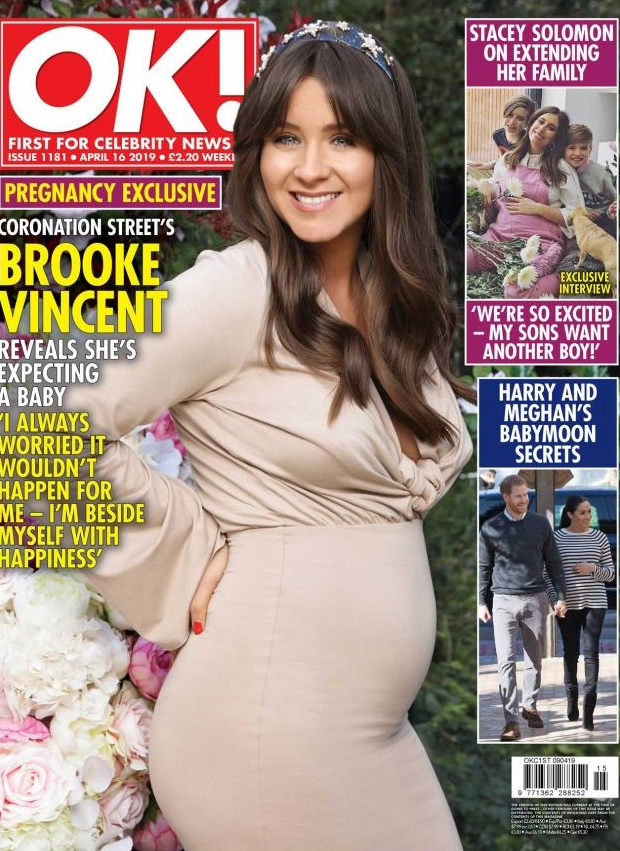 Brooke told OK! magazine: "I always worried it wouldn't happen for me - I'm beside myself with happiness.

"I've been playing songs to the bump and sometimes I sit and cry about how much I love my baby! I've always wanted to be a mum, so I'm really excited." 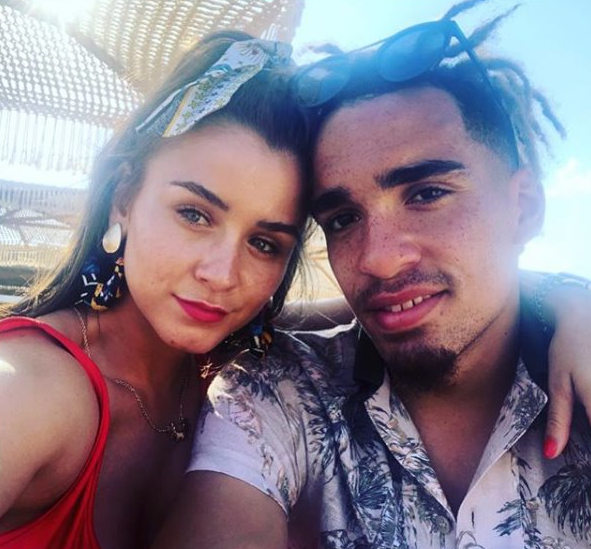 The news took the couple by surprise (Credit: @brookelevivincent Instagram)

Brooke said they were planning to have a family but they didn't think it would happen "so quickly".

She continued: "We're both each other's biggest fans and having a baby together will add an extra bond. Kean brings out the best in me and it makes me so excited that we're on this journey together."

Brooke said they are not planning on finding out their baby's gender as she wants it to be a surprise.

However, the star said she has a feeling "it's a boy." 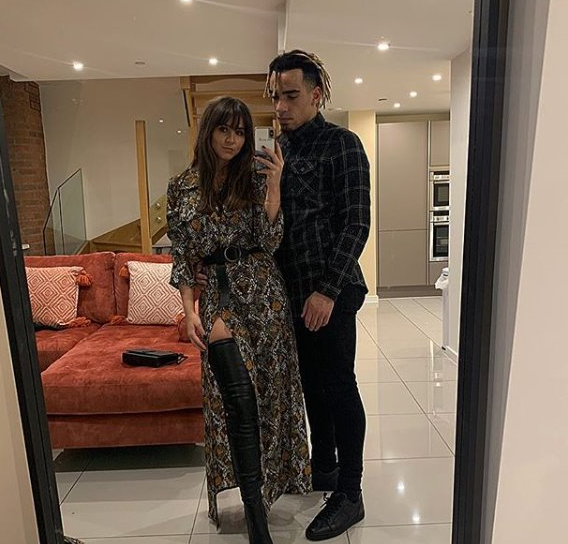