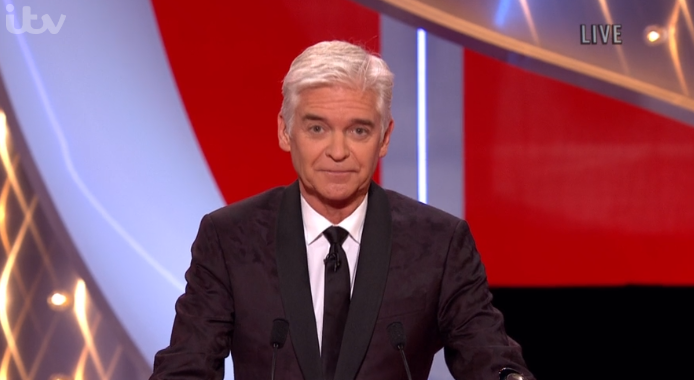 Coronation Street was the big winner at the British Soap Awards

ITV’s Coronation Street  was the big winner at the British Soap Awards on Saturday night.

The soap raked in an impressive five awards at the annual event, which took place at the Lowry Theatre in Manchester, including Outstanding Achievement for Sue Nicholls as well as Best Storyline, Best Single Episode and Scene Of The Year for scenes surrounding the tragic death of Aidan Connor (Shayne Ward).

Accepting the gong, Shayne confessed he “wasn’t even supposed to be there”, but his friends at Coronation Street had asked him to come along.

Speaking to an audience of his castmates, viewers and actors and actresses from the competing soaps, he said: “Us guys just don’t talk enough … we need to start talking. We need to use this platform to try and tackle this taboo.”

And collecting the Scene of The Year award for Gail’s monologue, Helen Worth said: “I’m just the lucky one who got to say it. It was beautifully edited together.

“And the cast of Coronation Street, because you all portrayed that scene so beautifully. Thank you all very much. And thank you for a wonderful award.”

It was also a big night for Hollyoaks, who took home the top prize of Best British Soap as well as Best Actor for Gregory Finnegan (James Nightingale).

Collecting the top prize, Jessica Fox, who plays Nancy Osbourne on the soap, said: “We want to say a massive thank you to our viewers and all the people that have voted for us.

“We just want to say congratulations to all the soaps – you’ve told amazing stories this year. You make us raise the bar higher every year.

“Our viewers push us to tell really hard-hitting stories. They want diversity on their screens and we hope we represent that.”

Best Actress was won by Emmerdale‘s Lucy Pargeter and she dedicated her gong to the families who have tragically lost their children.

Lucy – whose character Chas Dingle lost her daughter Grace – said: “This award is really for all the amazing families out there that have lost their beautiful babies in one way or another and I really hope we did this storyline justice.

“Dominic Brunt, thank you for letting me just make me feel safe in our environment and let me go and to do what we’re paid to do.”

Read more: Hollyoaks Steph Davis shares pictures as she reflects on troubled past

The full list of winners at the British Soap Awards 2019 are as follows:

Do you think the right people won? Leave us a comment on our Facebook page @EntertainmentDailyFix and let us know what you think!