Coronation Street viewers have been left devastated after Rana Nazir was confirmed as the character who lost her life in the factory collapse.

Instead of heading off to marry fiancee Kate Connor, Rana had returned to the factory to collect her bag.

But while she was in the office, disaster struck and the roof caved in.

Rana was trapped under the rubble (Credit: ITV)

As she lay desperately calling for help, she tried to get through to Kate to tell her where she was, but it kept going to voicemail.

Leaving a desperate message for her loved one, she begged Kate to answer her phone.

Kate and Rana were eventually connected and Kate told her wife-to-be she was in a taxi on her way to save her and the emergency services knew Rana was in there.

As the rescue workers tried to get to her, it all went horribly wrong when the unstable building collapsed around her - just as Kate arrived.

The second episode opened with Rana unconscious and Kate desperately trying to get her to talk.

As Rana came round, Ali Neeson was allowed in with the emergency services to see how Rana was.

But Rana knew it wasn't good news and told Ali he had to tell Kate she wasn't going to make it. A devastated Kate broke down as Ali took the phone and delivered the bad news.

As neither Kate nor Rana's brother Imran would accept the news and desperately tried to get in there, Rana took the phone and tearfully said her goodbyes. 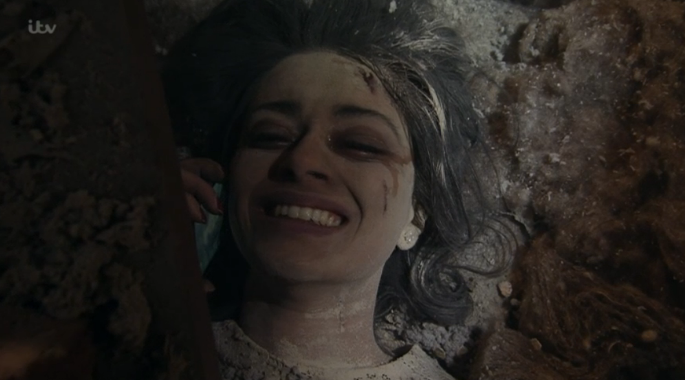 Kate managed to break past the police and get to Rana and sat with her as the pair exchanged vows.

The girls were together as Rana slipped away. 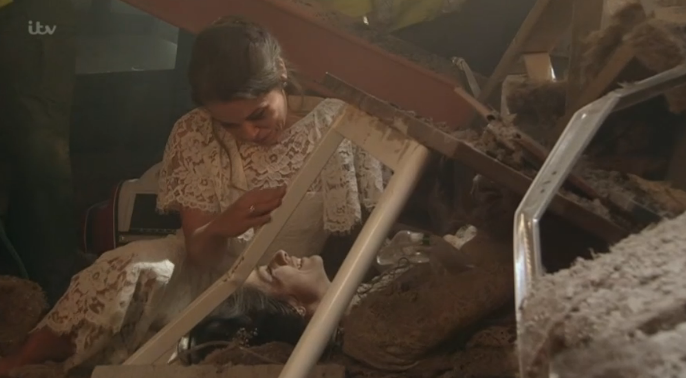 Kate was with Rana when she died (Credit: ITV)

Fans were utterly distraught that Rana had died and were upset after all they'd been through the girls didn't get their happy ending.

That was the saddest episode I’ve ever watched. Hats off to @Faye_Brookes @BhavnaLimbachia on their outstanding performances on tonight’s @itvcorrie #Corrie #Kana #Rana #Kate

Poor Kate and Rana 💔 why can’t there ever be a happy ending in the soaps at least once?! 😭😢 #Corrie

This is breaking my heart 💔😭 #kate #rana @itvcorrie #corrie

Wow. Absolutely heartbroken watching @itvcorrie, didnt think it would hit me as hard as it did but bloody hell im in bits! So sad, but so well acted by the whole cast!#RIPRana #Rana #Kate #Corrie #Gutted pic.twitter.com/IeNTDACAPz

Meanwhile, Carla was shell-shocked at the devastation caused, and Peter rushed back to support her.

And David confronted Nick over possibly causing the collapse. But did he do it?

Were you sad about Rana's death? Leave us a comment on our Facebook page @EntertainmentDailyFix and let us know what you think.