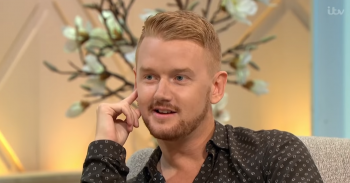 Mikey North says Coronation Street viewers have been hurtling abuse at him in the street for portraying “bully” Gary Windass.

The 32-year-old actor admits it will take “some time” for him get used to the insults he has been receiving following his character’s recent bust-ups with Seb Franklin (Harry Visinoni), which comes after he was targeted in 2008 when he first joined the show.

Mikey told Inside Soap magazine: “Since the recent episodes, where Gary’s kind of bullying Seb, it’s gone back to how it was when I started on the show and Gary is hated again.

“People are shouting at me on the streets!”

The Corrie actor is pleased to be involved in a whodunit storyline after finding out Gary would be a suspect in this week’s Underworld factory roof collapse plot.

Mikey said: “It’s always quite nice to be involved in a whodunit, especially one as big as this. He is always quite suspicious, is our Gary.

“He has that look that implies he’s up to no good.”

He has recently revealed that he thinks Gary will be blamed for the factory collapse – even if it’s not his fault.

He said: “The first thing that goes through Gary’s mind is are they going to blame me for this because I’m the one who did the work on the roof.

“He told Carla it needed replacing and yes it’s come down a lot sooner than either of them ever expected but is he going to be blamed for being negligent? Gary’s worried that he’s going to be in some way liable for this.”