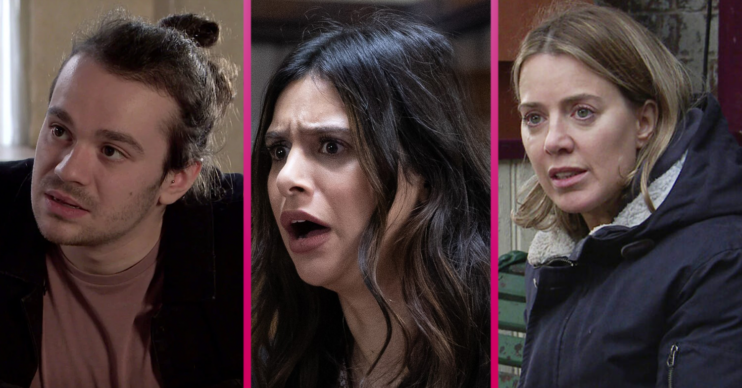 The battle of the soaps returns to our screens!

The British Soap Awards are back for 2022 and the competition is fiercer than ever.

After two years off air due to COVID, the epic battle of the soaps returns to our screens.

The British Soap Awards 2022 will be broadcast live on ITV this June. And once again they’re hosted by Phillip Schofield.

Britain’s five soaps – Corrie, Doctors, EastEnders, Emmerdale and Hollyoaks – will battle it out in 14 categories.

And we reckon it’ll be one of the toughest years yet, such is the standard of drama in our soaps.

The show has revealed the final nominations in each category today (May 10), so the fight is officially on!

Hot plots in the past year have included Corrie’s hate crime story, which saw the death of Seb.

All these plots and performances feature heavily in the nods.

However, it’s been a strong year for soap, so there are many other hot contenders on the list.

The winners are decided on by a panel of industry experts, with three of the gongs voted for by fans.

Voting details are below – so don’t delay in casting yours! We wouldn’t want you to be disappointed on the night, after all.

So, who has made it to the top of the soaps?

Read on and we’ll fill you in!

Soap fans can vote in the following categories in this year’s awards.

So who will you pick?

Soap villains, jokers and newcomers to be decided

Meanwhile, the panel vote for the following categories.

So will the experts pick your favourites for the gongs?

VILLAIN OF THE YEAR

Doctors – Three Consultations and a Funeral

Hollyoaks – Out of Time

SCENE OF THE YEAR

Other awards at the 2022 British Soap Awards

There will also be the Outstanding Achievement Award celebrating an actor, as well as The Tony Warren Award.

This is awarded to someone for behind-the-scenes excellence on the soaps.

You can vote for your favourite online now.

It really couldn’t be simpler – all you have to do is head to the website here.

Then the results will be announced live on ITV in June.

Who wins? You decide!

So who will you be voting for? Tell us on our Facebook page @EntertainmentDailyFix.