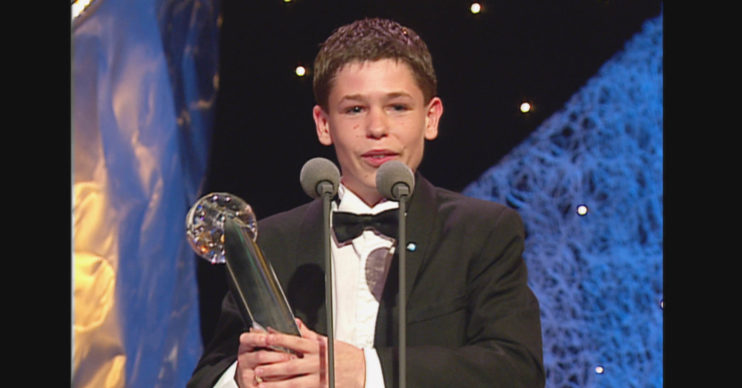 The documentary will air this week

This Sunday (June 28) The British Soap Awards Celebrates 21 Years will be airing on ITV and will feature a section which looks back at the young soap stars, who have grown up on TV before our eyes.

The show, which will be narrated by Phillip Schofield, will take a trip down memory lane.

They will be revisiting iconic storylines, characters and winners from Coronation Street, Emmerdale, EastEnders, Hollyoaks and Doctors.

Within the show, there will be a section that looks back at actors who have grown up on screen.

Among those featured are Ray Quinn, who played Anthony Murray in Brookside, who won in 2002, and Sam Aston, who plays Chesney Brown in Coronation Street, who won an award in 2005.

Also featured will be Maisie Smith, who plays Tiffany Butcher-Baker in EastEnders, who won an award in 2009, and Kelvin Fletcher, who played Andy Sugden in Emmerdale, who took home a BSA in 1999.

In the trailer for the kids section, footage recalls Ray Quinn’s emotional win in 2002, when he was just 13 years old.

Also featured in the trailer are soap stars, who may not necessarily have won the Best Young Actor Award, but have grown up on-screen.

These include Natalie Cassidy, who plays Sonia Fowler in EastEnders.

In the documentary, viewers will also look back at the memorable winners, speeches and unforgettable moments.

Big storylines from the soaps will be revisited as well as the show recalling some big-name guest presenters.

Read More: Coronation Street: Do Nicky and Geoff know each other?

These include Joan Collins, Linda Gray, Linda Evans, and US TV legends Cagney and Lacey, Tyne Daley and Sharon Gless.

There will also be some trivia as the show reveals which soap actors have won the most awards.

Will you be watching British Soap Awards Celebrates 21 years? Leave us a comment on our Facebook page @EntertainmentDailyFix and let us know what you think of this story.