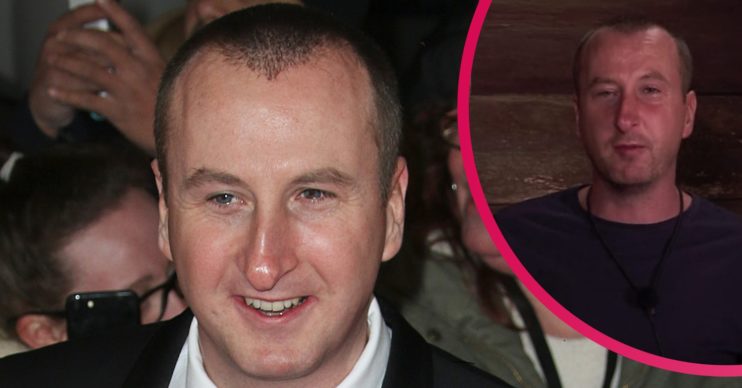 We're certain he isn't the only one!

Soap star Andy Whyment has hilariously revealed he stole a pair of slippers from the fancy five star Palazzo Versace Gold Coast after taking part in I’m A Celebrity… Get Me Out Of Here.

The Coronation Street favourite, who is best known for playing Kirk Sutherland, came second on the ITV show last year.

Following his jungle stint, Andy and his family stayed in the plush hotel in Australia before heading back to Blighty.

And it appears Andy was keen to make sure the stay was one to remember.

When asked if he kept a token from his time at the hotel, the dad-of-two didn’t hold back.

Replying to a fan on Twitter, Andy, 39, said: “It sure was I’m never gonna stay there again so I had to take the slippers I’m sure most people do.”

He later added: “I think most people take the slippers from hotels, I’m never gonna stay at the Versace again so I needed a little souvenir.”

Like the rest of the Corrie cast and crew, Andy stopped work when the country went into lockdown.

But he’s kept his social media fans constantly entertained with videos of him and his family dancing.

He also recently shared a snap alongside co-star Alan Halsall after they reunited for the first time in 12 weeks.

The longtime pals, who have since gone back to work on the ITV soap, came together for a lavish BBQ in the garden of Alan’s Manchester home.

Documenting the occasion on social media, the co-stars shared the same group snap as they posed with their families.

The day was no doubt a special one for the former jungle star, who was also celebrating his 13-year wedding anniversary with wife Nichola.

Despite wowing in the jungle, Andy insists he has no desire to land a huge storyline on Corrie, because he is quite happy for Kirk to “float about” on the cobbles.

He previously told the Daily Mirror newspaper: “I’m happy to do what I do. I don’t want a massive storyline.

Read more: Kym Marsh defended by fans after her boyfriend is mistaken for son

“I love playing Kirk. He’s one of those characters who floats about, but is never heavily involved… I’m going back to my job that I love.

“I feel privileged to have been part of Coronation Street for 19 years and, touch wood, that continues for a very long time.”

He added it was a “win-win” situation for him as he’s done “one of the biggest reality shows in UK”.

The star also said it “means a lot” that he came second and that the British public have “been voting for Andy Whyment and not Kirk from Corrie.”