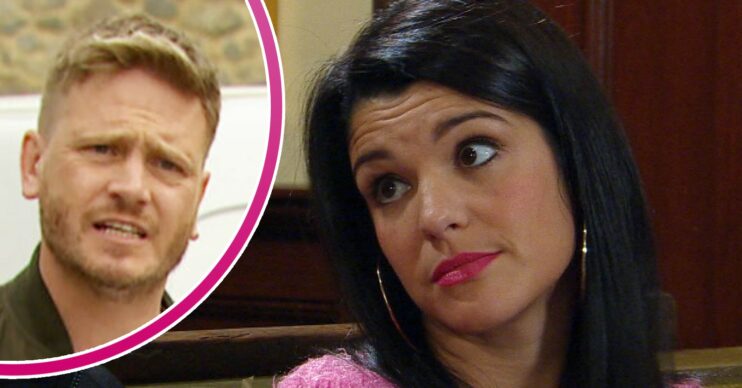 Alicia Metcalfe in Emmerdale: Who was she? Where is she now? Could she ever return?

She's got so many connections to the village, we'd love to see her come back to Emmerdale

Alicia Metcalfe in Emmerdale was the devoted adopted mum of Jacob Gallagher, ex-wife of David Metcalfe and sister of Leyla Cavanagh.

She left Emmerdale in 2015 and moved to Portugal.

Who played Alicia Metcalfe in Emmerdale?

When she joined Emmerdale, Natalie was already familiar to TV viewers from her role as Nurse Stella Davenport on The Royal.

She’d also spent time treading the boards as Nessarose in the West End production of Wicked.

Natalie joined Emmerdale in 2010 and stayed for five years.

Alicia followed Leyla to the village, initially just to tell her to stay away from their mum’s funeral.

But she later returned with son Jacob and moved in with Leyla and her then boyfriend David Metcalfe.

It soon emerged that Jacob was Leyla’s biological son, who Alicia and husband Justin had adopted.

Later it was revealed that Justin was Jacob’s real dad after a one-night stand with Leyla. Awks!

After a fractious start to life in the village, Alicia began working at The Woolpack and started a romance with Andy Sugden.

When Justin remarried, Alicia was facing an assault charge after punching Val Pollard.

She was worried her ex would try to take Jacob if she went to prison, so David – who’d by now broken up with Leyla – suggested that they get married so he could care for the lad while she was inside.

The wedding went ahead, Alicia went to jail and David and Jacob formed a close father/son bond that’s still apparent on screen now.

But Alicia had fallen for David.

When she was released from prison and found he was dating Priya Sharma, she was upset.

Though when Alicia was shot by Cameron Murray during the siege at The Woolpack, David realised his true feelings.

Alicia and David tied the knot for real on Christmas Day, with Leyla having returned to the village.

Kind-hearted Alicia befriended troubled teenager Lachlan White but he mistook her kindness for attraction. And when Alicia was dozing on the sofa, he sexually assaulted her.

After the attack, Alicia struggled to cope.

Eventually she and David decided to up-sticks and move to Portugal to run a bar with Val Pollard’s son Paul.

But the family returned to the Dales when Eric had a heart attack and then Val was killed.

David wanted to stay in the village but Alicia was determined to go back to Portugal.

Eventually she returned, leaving David behind. Jacob spent a few years travelling back and forth and though he now lives in Emmerdale, he often visits his adoptive mum.

Could Alicia return to Emmerdale?

Alicia is happily settled in Portugal.

However, she doesn’t seem to have moved on given when she fell off a cliff and broke her collarbone and her leg it was David she called for help.

Alicia was apparently “Taking a selfie on a cliff edge. She stepped back to get a better shot and then she’s fallen.”

She fell into a prickly bush six foot beneath and now needs someone to look after her.

Sister, Leyla, the obvious choice, is far too busy to go, so David has forgotten his money problems, dropped everything and hot-footed it be by his ex’s side…

Fans are not convinced by the decision:

“Why would David be going to look after Alicia? That’s the stupidest thing since Bernice ran off to Australia to look after her ex,” wrote one.

Another added: “Alicia is still single and living alone? So alone that David has to go over and tend to her needs after a nasty accident. Really Emmerdale?”

“Could the writers not come up with something at least a wee bit believable for David’s disappearance?” said another.

“He is up to his eyes in debt, yet can jet off to Portugal at the drop of a hat,supposedly to look after an ex?”

Would you like to see Alicia back in the village? Leave us a comment on our Facebook page @EntertainmentDailyFix and let us know what you think.