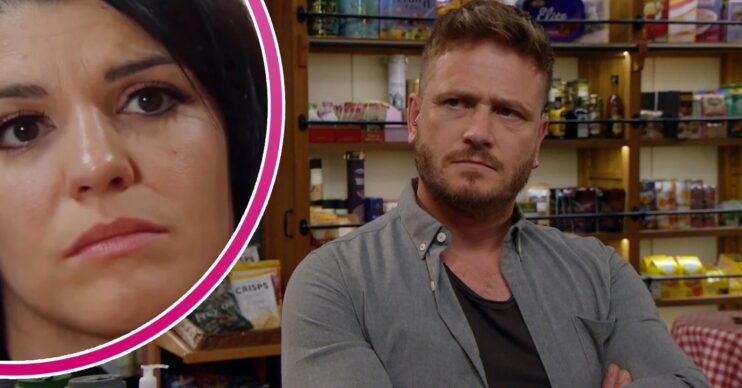 He's jetted out to see Alicia in Portugal

The cost of living crisis doesn’t seem to be a problem for David Metcalfe who was seen heading to Portugal in Emmerdale last night (August 2).

But David’s departure had soap fans scratching their heads as the shopkeeper was recently seen lamenting about how broke he was.

Matthew Wolfenden‘s character raced off to the popular holiday destination after receiving a worrying phone call from his ex, Alicia.

He relayed to Leyla that Alicia had fallen off a cliff taking a selfie and has broken her leg and her collarbone.

Why has David gone to Portugal in Emmerdale?

David also managed to avoid any of the flight chaos affecting UK airports and bagged himself a same-day seat.

Concerned about leaving Leyla as she tries to quit using cocaine, David wanted to check in with her before he left.

Leyla told him she’d be fine and he would need to stop babysitting her at some point.

And she’s in deeper than ever, agreeing to stash drugs in Take A Vow for dealer Callum.

Viewers took to Twitter to ponder how David can afford his jet-setting lifestyle just days after pleading poverty.

How can David afford a flight to Portugal? Wasn’t he meant to be skint? 🤔#Emmerdale

#emmerdale How did David afford to go to Portugal , couldn’t have had that many money issues

#emmerdale How did David afford to go to Portugal , couldn’t have had that many money issues

David going on his 500th holiday of the year 😂😂😂#Emmerdale

“How can David afford a flight to Portugal? Wasn’t he meant to be skint?” wondered one fan.

“How did David afford to go to Portugal , couldn’t have had that many money issues,” said another.

“That’s what I thought. The shop is always empty as well,” agreed someone else.

A fourth pointed out, “David going on his 500th holiday of the year.”

And a fifth fumed, “Could the writers not come up with something at least a wee bit believable for David’s disappearance? He is up to his eyes in debt, yet can jet off to Portugal at the drop of a hat, supposedly to look after an ex?”

Emmerdale’s David has been struggling with money

David’s been struggling with money following the pandemic taking a hit on his business.

Read more: Who is in the cast of Emmerdale in 2022? Meet this year’s full line-up

He’s been complaining about his mounting debts so much that fans even believed he could blackmail Leyla after discovering her drug problems.

Leyla was in the middle of taking drugs in Take A Vow when David walked in on her.

Fans thought it would give him the opportunity to make some quick cash.

One fan wrote: “This could be the perfect blackmail storyline now David’s got some dirt #Emmerdale.”

But David’s a nice guy and decided to help Leyla instead by taking her to Narcotic Anonymous meetings.

So where exactly did he get his flight fund from?

It remains one of Soapland’s unsolved mysteries! 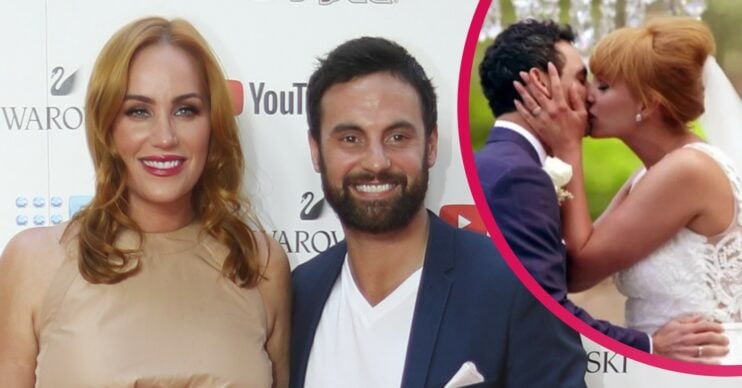 Are Cam and Jules from Married At First Sight Australia still together?