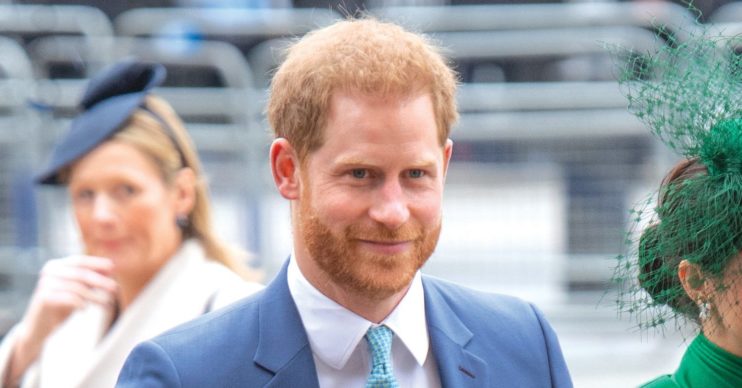 Prince Harry drops his royal surname in US paperwork

The Prince is no longer using his HRH title

Prince Harry is reported to have officially dropped his royal surname from recent US paperwork.

The Duke of Sussex – who waved goodbye to royal life alongside wife Meghan Markle last month – reportedly made the change in paperwork for new sustainable tour firm Travalyst.

What did he do?

According to the documents, Harry, 35, does not use his HRH title, nor Mountbatten Windsor – his family name.

He has also dropped the surname Wales, which he often used throughout school and in the army.

Instead, the registration documents are believed to refer to the dad-of-one as Prince Henry Charles Albert David, Duke of Sussex.

The move is yet another way of the Prince forging his new life across the pond.

Harry and Meghan have been based on Vancouver Island in Canada since stepping back from royal duties.

However, sources told People magazine they are now spending time in Los Angeles with their 11-month-old son, Archie.

The insider revealed: “Harry is looking straight ahead at his future with his family.

“They will be spending time in California… He’s not looking back.”

The couple – who made the decision to step back as senior royals earlier this year – also recently announced the launch of their new charity Archewell.

Harry and Meghan have outlined in official papers that they could use the foundation for a number of different things, including coordinating social and psychological services.

Revealing the inspiration behind its name they said, as reported by the Telegraph: “Like you, our focus is on supporting efforts to tackle the global COVID-19 pandemic but faced with this information coming to light, we felt compelled to share the story of how this came to be.

“Before SussexRoyal, came the idea of ‘Arche’ – the Greek word meaning ‘source of action’.

“We connected to this concept for the charitable organisation we hoped to build one day, and it became the inspiration for our son’s name.

“Archewell is a name that combines an ancient word for strength and action, and another that evokes the deep resources we each must draw upon.

“We look forward to launching Archewell when the time is right.”