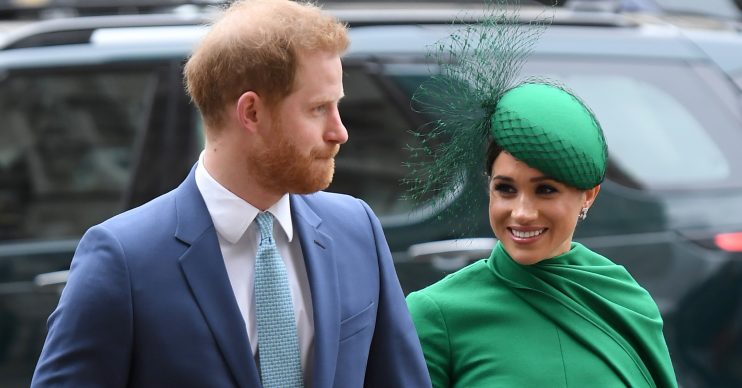 Meghan and Harry held a party for their staff members

Meghan Markle reportedly shed a tear as she said a bittersweet goodbye to her royal staff.

It’s been reported that the Duchess of Sussex has left the UK to return to Canada, where it’s believed her son Archie has been staying while she and Prince Harry attended their final official engagements before they step back from royal life.

Meghan and Harry apparently hosted a farewell bash for their staff at The Goring Hotel in London’s Belgravia on Thursday last week (March 5).

It was also reported that the couple wanted to do “something special” for their staff to say goodbye.

At the weekend, a source told US publication Page Six: “Harry and Meghan have often done fun things like throwing pizza parties or hiring ice cream trucks for their staff, but they wanted to do something special going into this last week together.

“They toasted the team and thanked them for everything they have done. Some of the staffers cried.

“They’ve all been through so much together and the staff have been working around the clock to make sure this last visit was as seamless as possible. Meghan and Harry really wanted to show their appreciation, they know how hard everyone has worked.”

Meghan and Harry recently completed their final official engagement as senior royals before they step down from their roles on March 31.

They attended the Commonwealth Day Service alongside the Duke and Duchess of Cambridge, the Prince of Wales and his wife Camilla, Duchess of Cornwall, and the Queen.

During a private function for Commonwealth students in Buckingham Palace on Monday, it was said that Meghan appeared “quietly devastated”.

They toasted the team and thanked them for everything they have done. Some of the staffers cried.

Telegraph columnist Bryony Gordon, who was there, said in an article for the publication: “The pervading emotion on Monday, as I watched the Duchess carry out her final private engagement, seemed to be profound sadness.

“Sadness that it had come to this; sadness that they could not make it work and sadness that less than two years since that glittering fairy tale wedding, the first person of colour to join the British royal family was off.

“How ironic that her final engagement was to be a Commonwealth service that celebrated diversity, uniqueness, and the strength we draw from embracing each other and our differences.”