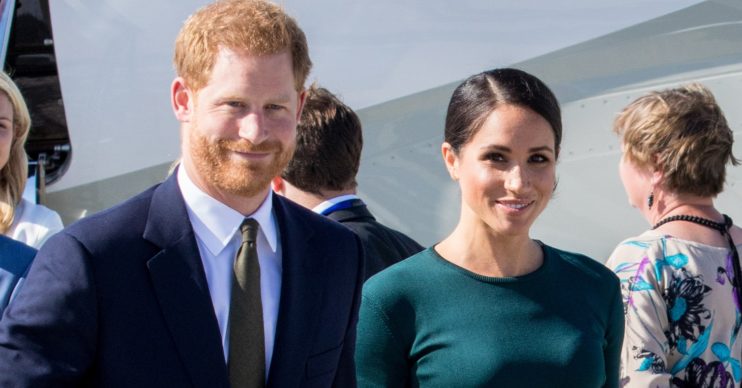 Prince Harry and Meghan Markle were behind a big donation that provided 250,000 meals for struggling Brits during the lockdown, a charity boss has revealed.

The Duke and Duchess of Sussex reportedly donated £90k, generated through their royal wedding broadcast, to the organisation Feeding Britain.

And it was enough to cover the cost of hundreds of thousands of meals for people facing hunger during the coronavirus pandemic.

Andrew Forsey, director of Feeding Britain, told The Sun‘s Fabulous magazine: “The Duke and Duchess’ generous support covers the costs of distributing 250,000 meals across our network.

“All of those meals are being distributed through our emergency food response during the coronavirus lockdown.”

It follows reports the couple have started paying back the cost of renovating their Frogmore Cottage pad.

The Sussexes confirmed earlier this year that they would repay the £2.4million cost of revamping the Windsor property, following their decision to step down as senior royals.

They have now reportedly began a “rental-plus” agreement on the property, which they intend to keep as their English base.

The Mail on Sunday reported that it was “quietly arranged” in April for them to repay around £18,000 a month.

The Duke and Duchess’ generous support covers the costs of distributing 250,000 meals.

That figure is more than the commercial rate, but enables them to contribute towards the renovation costs, originally covered by the Sovereign Grant.

According to reports, it will take Harry and Meghan more than 11 years to cover the renovation costs.

The pair are currently living in Los Angeles with their son, Archie. The tot turned one at the beginning of the month.

They are apparently staying at film producer Tyler Perry’s 22-acre estate in the Beverly Hills area.

TV bosses are reportedly working on a film about their controversial departure from royal life.

The feature, said to have the working title of Harry & Meghan: Escaping the Palace, will be created for US cable network Lifetime.