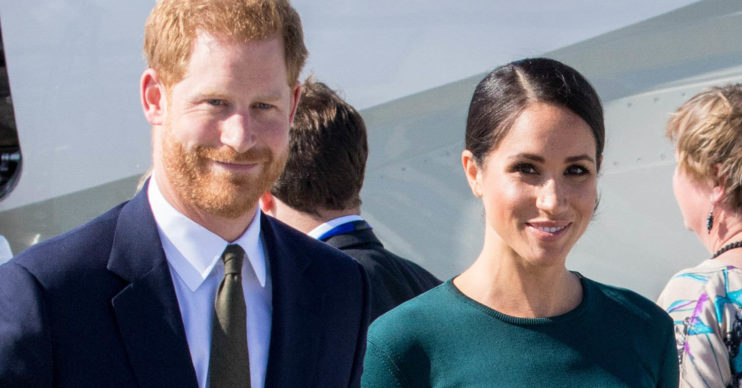 The couple are releasing a biography this summer

Prince Harry and Duchess Meghan didn’t “expect things to turn out the way they did”.

A new biography of the couple, Finding Freedom: Harry and Meghan and the Making of A Modern Royal Family, will be released worldwide from August 11.

Author Omid Scobie admitted that all of the changes in Harry and Meghan’s life have come as a surprise to the couple.

Speaking on The HeirPod podcast, Omid said: “It’s been a long time in the making.

I don’t even think Harry and Meghan expected things to turn out the way they did.

“The last few weeks have been quite a challenge getting it all ready in time for the deadline.

“It feels nice to finally be able to talk about it after quietly beavering away on it for a long time.

“This project started about two years ago, and there have been twists and turns that no one expected.

“This is something no one expected.

“I don’t even think Harry and Meghan expected things to turn out the way they did.”

Meghan, 38, and Harry, 35, quit as senior members of the royal family earlier this year.

They’ve moved to Los Angeles with their son Archie, who turned one this month.

And Omid and co-author Catherine Durand insist the biography will tell the “definitive version” of their lives.

He said: “I’ve been on so many engagements and around them as much as possible, and spoken to so many people in their lives, so no stone has been left unturned.

Read more: Bookies say Harry and Meghan will announce another baby in 2020 as Archie turns one

“I’ve seen the couple remain faithful in their own beliefs and stand strong in the face of adversities which have been publicly played out in the press.

“I would like to think this tells the definitive version of their lives together.”

Meghan and Harry’s new biography has promised to give an “honest, up-close portrait” of the royal couple and tell their “true story”.