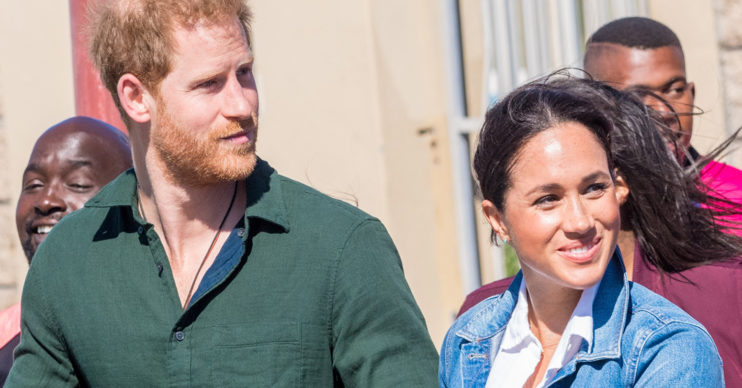 The couple are living in America at the moment

Meghan Markle and Prince Harry have reportedly begun repaying the cost of renovating their Frogmore Cottage.

The couple confirmed earlier this year that they would pay back the £2.4 million cost of revamping Frogmore Cottage in Windsor.

Now, they have apparently began a “rental-plus” agreement on the property.

The couple are keeping the cottage as their English base.

Meanwhile, according to the Mail on Sunday, it was “quietly arranged” last month for them to pay just under £18,000 a month to retain the abode.

The sum is more than the commercial rate but allows them to contribute towards the renovation bill.

The Sovereign Grant covered the cost of the renovations.

It will reportedly take the couple over 11 years of payments to cover the costs of the renovations.

This is without taking into account interest or the running costs of the cottage.

It also covered replacing ceiling beams and floor joists at the property, which has been remodelled from five separate living quarters into one residence.

Harry and Meghan were also permitted to use the grant to install a “certain standard” of kitchen, bathroom, flooring and fitted furniture from the grant.

However, anything considered a “higher spec” than that approved by the palace must be met by the couple themselves.

Meanwhile, Meghan and Harry are currently living in Los Angeles with their son Archie.

The couple were due to return to the UK this summer to reunite with the Queen and other members of the royal family.

However, they may be forced to cancel their summer plans due to the coronavirus pandemic.

Read more: Prince Harry and Meghan Markle ‘had an agenda all along’, says royal expert

According to Yahoo’s royal correspondent, it is “very unlikely” the Sussexes will make it.

The Queen spends every summer at her estate in the Highlands but that traditional break seems to be under threat.

The trip would have marked Archie’s first time at Balmoral.