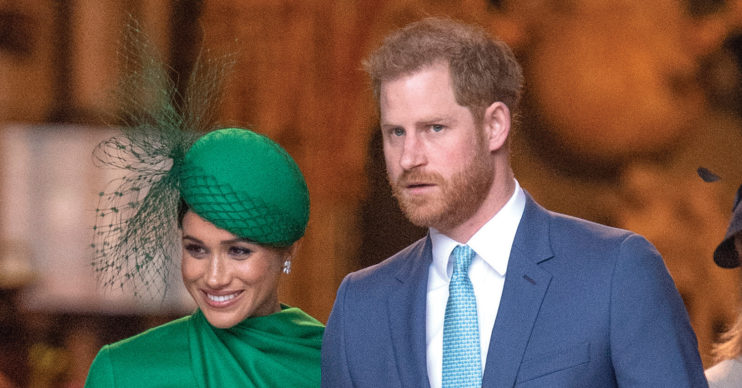 It comes amid drone concerns

The couple are allegedly fearful of drones flying over their current home in Los Angeles.

Harry, 35, and Meghan, 38, are believed to be living at film heavyweight Tyler Perry’s LA estate.

And they’ve now apparently hired members of his own security team.

According to a new report in the Daily Beast, the couple fear for their safety and the safety of their son, Archie.

Paparazzi and drones were spotted at their new property on several occasions.

“They see these drones coming in at them”

Photos of Prince Harry with one of his dogs emerged, believed to have been taken from an illegally flown drone.

The report states: “A source has exclusively told The Daily Beast that the couple has been coping with ‘unimaginable’ levels of press intrusion at their temporary new home.”

It adds: “They see these drones coming in at them, and they guess that they are being operated by photographers, but they can’t just assume that.

“Meghan received racist death threats at the time of her wedding, so the terror threat is very real for them.”

A source told The Daily Star that the couple have hired Tyler’s recommended security firm, Gavin de Becker and Associates.

The source states: “Harry and Meghan have full confidence in de Becker’s firm and they come highly recommended.

Read more: The surprisingly strict diet of The Queen revealed

“They are the biggest security firm in LA and by far the most respected. They aren’t cheap, but if you want the best you have to pay for it.”

The firm offers services that can range up to £7,000 per day.

It was previously believed that Prince Charles was paying for his son’s family’s private security.

Harry and Meghan stepped down as senior royals in March.

The pair allegedly hoped to live a more low-key life away from the royal spotlight.

However, they have continually encountered intrusive press attention in Los Angeles.

“Hard to do anything publicly there”

Actress Lindsay Lohan told Andy Cohen on his SiriusXm radio show that she was concerned for them.

She explained: “It’s really hard to do anything publicly there.”

She added that they will need private chauffeurs once lockdown comes to an end. The actress added: “The timing right now, luckily everyone is more at home. But once that’s over, get drivers.”