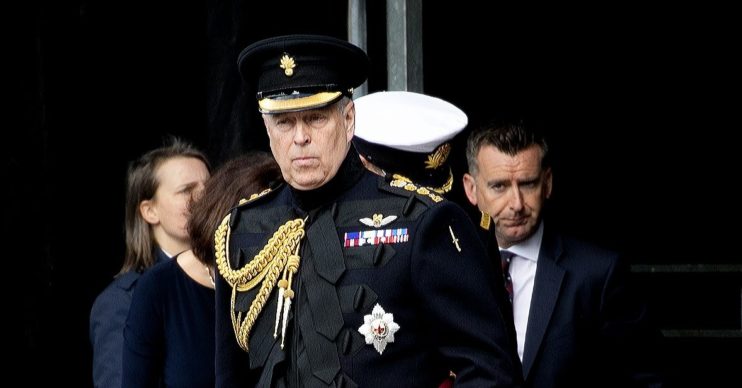 It's further bad news for the Duke of York

Whilst he is said to have hoped to return to public duties, the Queen and advisors are reported to have decided his retirement should be permanent.

Read more: Fiona Phillips says she was abused by trolls as she fought coronavirus

The move to take the Duke of York out of the limelight was made last year after the scandal broke surrounding his friendship with disgraced billionaire Jeffrey Epstein.

According to The Sunday Times, royal sources described him as a “busted flush” whose presence is now “toxic”.

It emerged last year that billionaire Jeffrey Epstein was at the centre of sexual allegations, which then extended to Prince Andrew.

Whilst Prince Andrew was initially criticised for maintaining his friendship with the billionaire, it later emerged that he was also accused of being part of the scandal – something he vehemently denies.

A ‘car crash’ interview with the BBC to clear his name only added fuel to the fire, with Prince Andrew’s behaviour highly criticised.

The Royal Family opted to keep the Duke of York out of the limelight. Many of his charity commitments severed ties as a result.

The Queen is reportedly paying off £6.7 million of debts

To add even more injury, the Duke is reportedly being bailed out of financial issues by the Queen.

Her Majesty is reportedly paying off £6.7million of debts in a bid to save further embarrassment. The money is owed on a ski chalet owned by the Prince and is set to reach legal dispute.

An insider told US magazine Air Mail that the Queen will now pay the debt herself. This move is to avoid another scandal for her son following the ­Jeffrey Epstein affair.

The source said: “Otherwise it’s going to court and things will get really bad.”