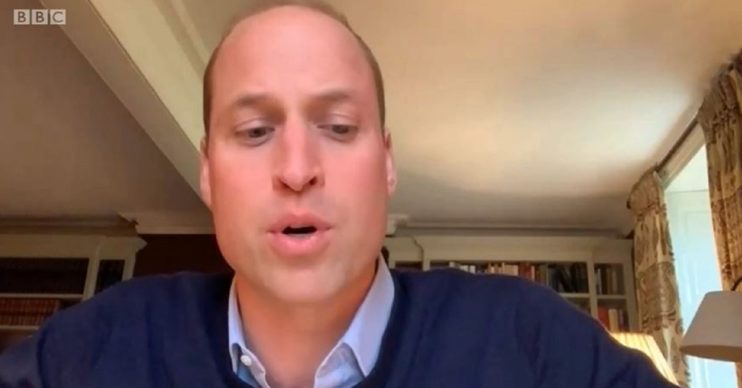 The One Show: Prince William expresses fears for ‘broken NHS staff all over the country’

He featured on Thursday's episode

The Duke of Cambridge, Prince William, has expressed his fears for “broken NHS staff all over the country” in a heartfelt message of support for health workers.

On Thursday (May 28) evening’s episode of The One Show, the royal, 37, revealed his concern with the “hero” label attached to NHS staff during the coronavirus pandemic.

What did Prince William say on The One Show?

William said it’s right that Britain’s doctors, nurses and other frontline workers are acknowledged as “brave and wonderful”. But he warned against placing too much of a “burden” on them.

Speaking on the programme, the duke said he worries what the hero tag could do to the mental health of NHS staff.

“I am still concerned about what I’m hearing from the front line,” he said on The One Show. “Which is that certain staff still find it really difficult in the NHS to talk about their mental health and to be open about it, for a lot of reasons.

“We’ve made the NHS frontline staff, rightly, heroes. But in doing so, we once again give them the burden we gave our soldiers fighting in the war.

Once they have this hero tag, they can no longer shake it.

“They should rightly be hailed as superstars and brave and wonderful staff. But I’m very conscious from a mental health point of view that we don’t alienate some of them. Where they feel that once they have this hero tag, they can no longer shake it – and therefore they can’t ask for support.

“They have to be this strong, pillar of strength. Whereas what we need them to be is examples of positive mental health; doing the job… but also looking after themselves.

“[We need them to] come through this in one piece so we don’t have broken NHS staff all over the country.”

Prince William was speaking ahead of his documentary, Football, Prince William and Mental Health, which aired on BBC One last night.

It saw him open up about feeling ‘overwhelmed’ in a candid chat about fatherhood.

"It's one of the most amazing moments in life, but also one of the scariest."

The Duke of Cambridge and former footballer Marvin Sordell discuss parenthood as part of 'Football, Prince William and our mental health', a new @BBCOne documentary following the #HeadsUp campaign ⚽ pic.twitter.com/N8XjzPkE5u

In the doc, the duke has a conversation with ex footballer Marvin Sordell about the effects parenting can have on mental health.

And he revealed how, for him, emotions associated with the trauma of losing his mum, Princess Diana, as a child came back “out of the blue” when he became a dad.