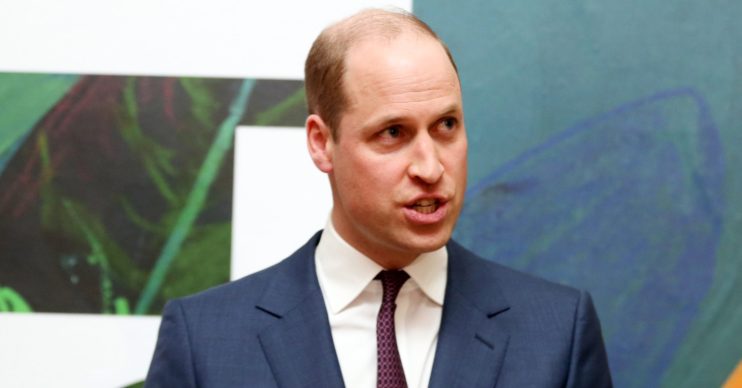 He and Catherine 'support each other'

The Duke of Cambridge, Prince William, has opened up about finding fatherhood ‘overwhelming’ in a candid chat about becoming a dad.

In a new documentary for the BBC, the royal, 37, has a candid discussion with ex footballer Marvin Sordell about the effects parenting can have on mental health.

The pair also talk about how childhood trauma and difficulties during early years come into play.

What did Prince William say?

Marvin tells the duke that he became a dad in 2017 and found it the “hardest” time in his life.

He grew up without his own father in his life and “really struggled” with his emotions when he welcomed his first child.

That prompted William to reveal how, for him, emotions from his childhood have come back “out of the blue” since he became a dad.

"It's one of the most amazing moments in life, but also one of the scariest."

The Duke of Cambridge and former footballer Marvin Sordell discuss parenthood as part of 'Football, Prince William and our mental health', a new @BBCOne documentary following the #HeadsUp campaign ⚽ pic.twitter.com/N8XjzPkE5u

And at times, he has found it all “overwhelming”.

The Prince and his wife, the Duchess of Cambridge Kate Middleton, 38, have George, six, Charlotte, five and Louis, two.

William says on the documentary: “I can relate to what you’re saying, Marvin.

“I mean, having children is the biggest life-changing moment, it really is.

I definitely found it very, at times, overwhelming.

“I agree with you. I think when you’ve been through something traumatic in life, and that is, like you say, your dad not being around, my mother dying when I was younger. Your emotions come back in leaps and bounds, because it’s a very different phase of life.

“And you’re not… there’s no one there to, kind of, help you? I definitely found it very, at times, overwhelming.

“Me and Catherine particularly, we support each other. We go through those moments together and we kind of evolve and learn together. But I do agree with you, I think, emotionally, things come out of the blue that you don’t ever expect?

“Or that maybe you think you’ve dealt with? So I can completely relate to what you’re saying about children coming along.”

The duke concludes: “It’s one of the most amazing moments of life. But it’s also one of the scariest. Your dad would be very proud of you. He would.”