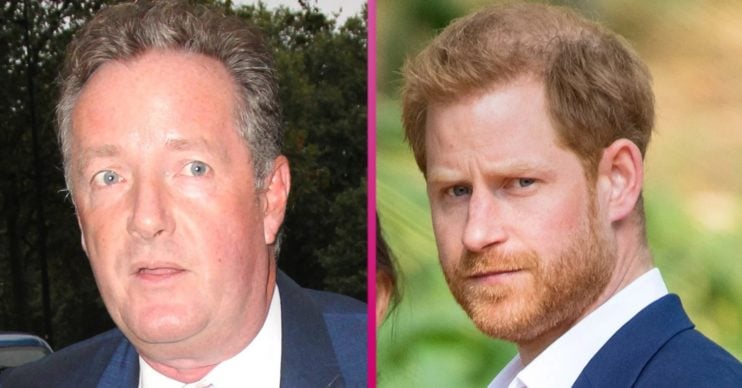 Piers Morgan has labelled Prince Harry a “hypocrite” after the royal family were reportedly “furious” with the latest storylines in The Crown.

The Good Morning Britain host insists the dad-of-one should have known better than to sign a £75 million deal with Netflix after “exploiting and trashing his family” in the fourth series of the hit show.

He also stated Harry “can’t pretend to have been caught by surprise” by the show’s plot, which includes Prince Charles’ affair.

Read more: Prince Harry ‘keener on reconciliation than the palace’ as royal rift deemed ‘worse than we thought’

Writing in his Mail Online column, Piers, 55, said: “He therefore knew exactly how Netflix had rubbished his family before he ever signed his deal.”

Piers also suggested that Harry had signed the deal to “offer a protective blanket against any future season of The Crown”.

He went on: “If Harry had any integrity left, he’d tear up his Netflix deal right now and apologise to his family for colluding with the enemy in such a distasteful manner.”

The GMB star later added: “Instead, Harry will keep the Netflix millions and by doing so, he is giving his own tacit royal seal of approval to the company exploiting and trashing his family.”

According to reports, Prince Charles’ pals have expressed their concerns over Prince Harry and Meghan Markle’s multimillion dollar Netflix deal.

They believe the streaming service has exploited the family’s private struggles for entertainment.

A source told the Mail Online: “There are raised eyebrows about Harry taking millions from the company that’s behind all this.

“After all where do much of Netflix’s profits come from? The Crown.”

When did Prince Harry and Meghan Markle sign their deal with Netflix?

The couple announced their mega-millions deal with Netflix back in September.

They claim to want to make impactful and meaningful content.

Harry and Meghan revealed: “Our focus will be on creating content that informs but also gives hope.”

A source told The Mirror that their deal also includes a tribute special to Princess Diana.