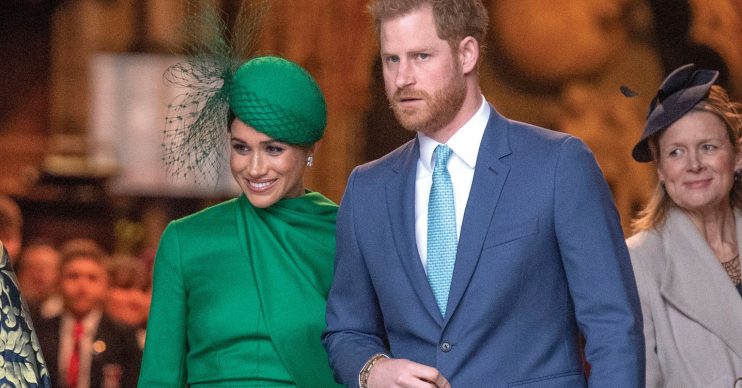 They want to split their time between Canada and California

It’s been reported that Prince Harry and Meghan Markle are planning on buying a house in Los Angeles so they can split their time between there and Canada.

The couple, who carried out their last official duties as members of the royal family recently and officially end their roles on March 31, are currently living in a £10 million mansion in Vancouver island.

Read more: Meghan’s brother begs her to ‘get off her high horse and make amends with dad’

But they reportedly want to spend more time in Meghan’s hometown of LA.

A source told People magazine: “This is what Meghan and Harry have always wanted — to create their own life.

“It’s got to feel like an immense relief to get out of the UK and go down their own path.”

Another source recently told the publication: “They love being in Canada, but they are looking at houses in LA too. They’ll likely have houses in both places.”

It was initially thought that Meghan and Harry would split their time between Canada and the UK but since making the move in January they have only made a handful of visits.

Insiders say the couple are enjoying the freedom they have in Vancouver and have been able to do what they want without being hassled by locals or the media.

And Meghan has always praised LA so it’s looking more and more likely that she and Harry will make a second home there.

She previously wrote on her now-defunct lifestyle website The Tig: “I was born and raised in Los Angeles, a California girl who lives by the ethos that most things can be cured with either yoga, the beach or a few avocados.”

Read more: Harry and Meghan ‘to bring Archie back to spend time with the Queen at Balmoral’

Depending on coronavirus restrictions, insiders say Meghan and Harry are planning on bringing their baby son Archie to the UK to visit The Queen in Balmoral this summer.

The Monarch was reportedly devastated that they didn’t bring her great-grandson with them when they returned to the UK earlier this month to carry out their final royal engagements.

Before returning to Canada, Meghan reportedly told a close friend that she and Harry’s final engagements had helped confirm they have made the right decision to quit the royal family.

Speaking to the Mail Online, a source revealed: “She said [the trip] has been a confirmation that they made the right choice in parting ways.

“There’s no warmth between the family members and she wants to raise Archie in a household that is filled with laughter and joy and lots of hugs.”