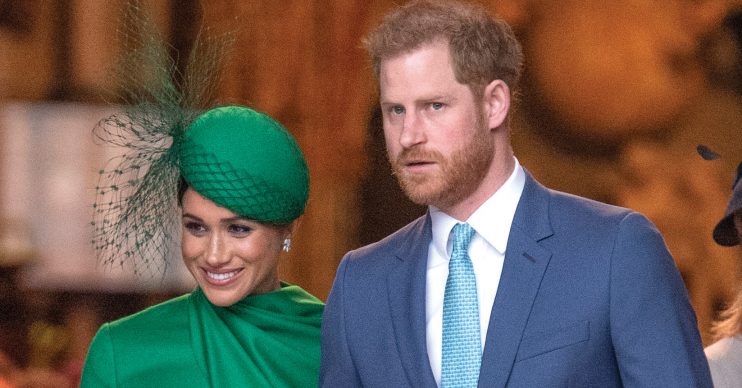 They said goodbye to their royal staff last week

A royal expert has said that Meghan Markle and Prince Harry are likely ‘fearful’ of their future now that they have officially completed their royal duties and said their final goodbyes to their royal staff.

Meghan, 38, and Harry, 35, will officially step down from their senior royal duties on March 31 to embark on a new life in Canada with their ten-month-old son Archie.

Royal commentator and expert Omid Scobie told US television show Hollywood Access that they will without a doubt have some “fear” now that they are outside of the safety net of the royal fold.

He also dwelled that without their team of royal staff, they will need to create their own PR network to fend off negative press stories and invasion of privacy by the press and paparazzi.

That is going to take some time to really get used to.

Omid told the US show: “For Meghan Markle saying goodbye to her staff didn’t just represent a sad ending for the relationship that they had working together, it also represented the end of her time as a working member of the Royal family.

“The emotions were really heightened and there were tears and hugs.

“I think for Meghan she really appreciates the work that this very small team, that has become like a family to the couple, have done for them.

“They helped them fend off attacks from the tabloids and helped them organise tours and the amazing engagements.

“It is that team that make all of that happen. For Harry and Meghan to leave all that behind there is probably going to be a sense of fear.

“This is because they will be starting with an entirely new group of people once they are fully out of the Royal Family.

“That is going to take some time to really get used to.”

He continued to say that the soon to be former royal couple will be making significant sacrifices as they take on their new non-royal lifestyle, and essentially pay their own way through life.

He added: “While they may be making sacrifices of their own, they are losing a lot of privileges as non-working members of the Royal Family.

“Harry gave up his honouree military titles which has probably been the toughest pill to swallow for them.”

What do you think of Omid’s claims? Share your thoughts with us on our Facebook page @EntertainmentDailyFix.