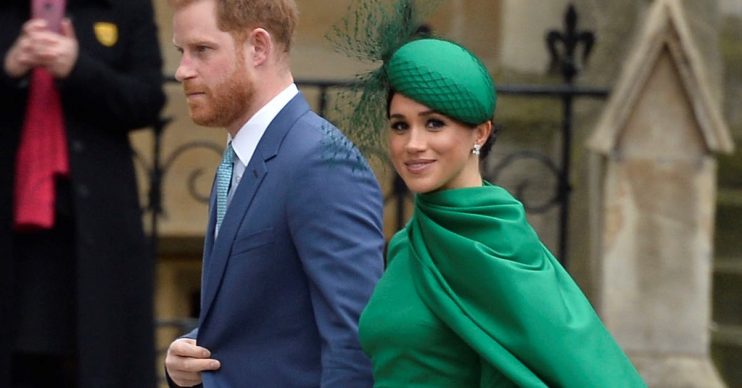 Meghan Markle reportedly told a close friend that the ‘lack of warmth’ shown to them during their final engagements confirmed she and Prince Harry have made the right decision to step away from the royal family.

The Duchess of Sussex has now reportedly returned to Canada to be reunited with her 10 month old son Archie.

Prince Harry is expected to rejoin his wife and child soon but will return to the UK for the London Marathon, for which he is a patron.

Speaking to the Mail Online, the close friend revealed: “She said [the trip] has been a confirmation that they made the right choice in parting ways.

“There’s no warmth between the family members and she wants to raise Archie in a household that is filled with laughter and joy and lots of hugs.”

Kate barely even looked at her and their interaction was kept to a bare minimum.

“It’s still weird to her that no one hugs and that everyone is so uptight, especially Kate,” the friend added. “She said it’s obvious that Kate and William do not approve of their choices and that you could cut the tension with a knife. Kate barely even looked at her and their interaction was kept to a bare minimum.”

Harry and Meghan will officially step down from being working members of the royal Family on March 31.

Their final royal engagement with other members of the royal family was at the Commonwealth Service held at Westminster Abbey earlier this week.

Meghan and Harry arrived at Westminster Abbey shortly before Prince William and Kate as they greeted the crowds.

In coverage on the BBC, Meghan is seen giving the couple a wave and a ‘hello’ alongside Harry but William and Kate appeared to sit down without waving or saying hello back.