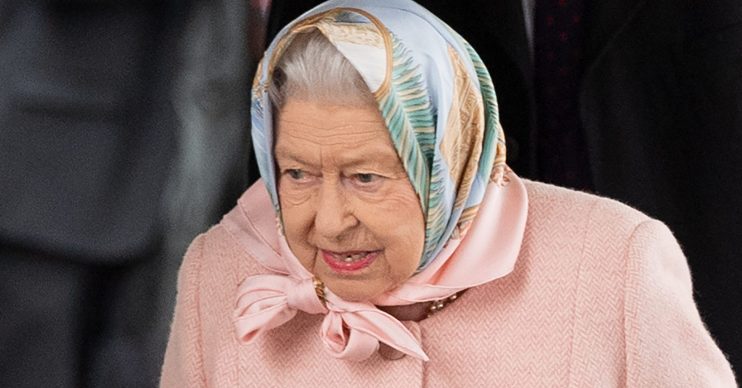 He'll reportedly be staying with his nanny and Meghan's pal

The Queen is reportedly ‘very sad’ at the prospect of missing out on seeing her great-grandson, Archie, this month.

The monarch, 93, is said to be gutted that the Duchess of Sussex, Meghan Markle, won’t be bringing the tot to the UK with her when she joins Prince Harry for their final raft of royal engagements.

The Queen and Prince Philip, 98, are ‘very sad’ they won’t be seeing the 10 month old, the Sunday Times reported, as he is believed to be remaining in Canada with his nanny and Meghan’s best pal, Jessica Mulroney.

Last week, it was reported the Queen had drafted in top lawyers to prevent Harry and Meghan from using their Sussex Royal brand after they step away from royal life at the end of this month.

But the pair confirmed in a statement released shortly after that they had agreed to stop using it due to “specific UK government rules surrounding the use of the world Royal”.

Amid suggestions of friction between Harry and his grandmother, a post shared on the Royal Family’s official Instagram page ahead of the weekend was seen by some as a sign of the Queen’s unflinching support for the Duke.

A sweet tribute posted on Friday (February 28 2020) afternoon showed a rendition of Bon Jovi’s classic Livin’ on a Prayer being played during the changing of the guard ceremony.

Doing their best to still show a united front.

And the post’s caption appeared to signal unity between the Queen and her grandson.

It read: “Changing of the Guard at Buckingham Palace!

“During each ceremony The Queen’s Guard hands over responsibility for protecting Buckingham Palace and St James’s Palace to the New Guard.

“Today the band played a special medley of @bonjovi music to celebrate his collaboration with the @weareinvictusgames.”

In the comments, a number of Royal fans wondered if the video was a sign the Queen was backing Harry and Meghan – despite the reports of the row over the use of the Sussex Royal brand.

One wrote: “I kinda think this was a ‘we support harry and his work’ nod from the royals?”

Another replied: “Same! Doing their best to still show a united front and nodding at Harry’s endeavours.”

Harry and Meghan are due to step down as ‘senior’ members of the Royal Family on March 31.