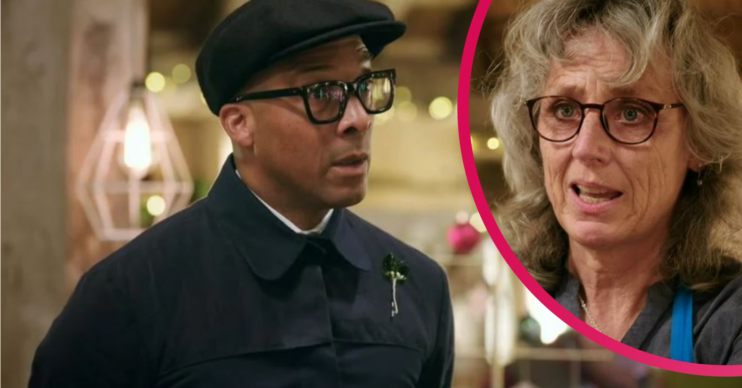 Furniture restorer Jay Blades has apologised to a fan of his hit TV show The Repair Shop after they said it made them “emotional”.

The Repair Shop, which sees people bringing in family heirlooms for Jay and his team of specialists to mend and revitalise, regularly reduces those watching at home to tears.

What did The Repair Shop star Jay Blades say?

On Twitter, one viewer reached out to the restoration expert to tell him how moving they found his input in the BBC One programme.

And Jay could only say sorry, as they thanked him and insisted they were looking forward to more episodes.

“Really enjoyed it,” the viewer said appreciatively, adding: “Your narration made me quite emotional. Thank you. Looking forward to the next episode.”

Read more: The School That Tried To End Racism: viewers in tears as young boy breaks down

“Oh sorry about that,” Jay replied, alongside a red-faced emoji.

They were talking about the The Repair Shop’s new iteration, which got underway this week.

Subtitled Fixing Britain, the new series is taking viewers back to some of the most interesting, memorable and emotional stories to have come out of the original show.

Your narration made me quite emotional. Thank you.

But the first episode of the spin-off series, aired on Monday (July 6), left some viewers disappointed. That’s because they were expecting it to be all-new episodes.

But not everyone felt that way. A number of people took to Twitter to say how much they loved Fixing Britain.

“The Repair Shop tugs at my heartstrings on a weekly basis,” said one viewer. “The Repair Shop: Fixing Britain took those heartstrings. Stamped on them. Minced them. What other show can make such magic like this? @TheRepairShop.”

Widow Julie brought the piece in for expert Suzie Fletcher to fix up, so she could pass it on to her grandchildren.

Julie revealed that she and her husband had attempted to restore the rocking horse years ago, but failed to get anywhere.

Sadly, he took ill last year and passed away only a few months later from cancer.

Julie asked Suzie to look out for Paul’s signature on the horse. And when she found it, she broke down in tears and revealed that she too lost her husband to cancer.

She explained: “It seems so insignificant that it’s their name that they wrote, [but] it’s so personal. I’m really pleased for Julie.”