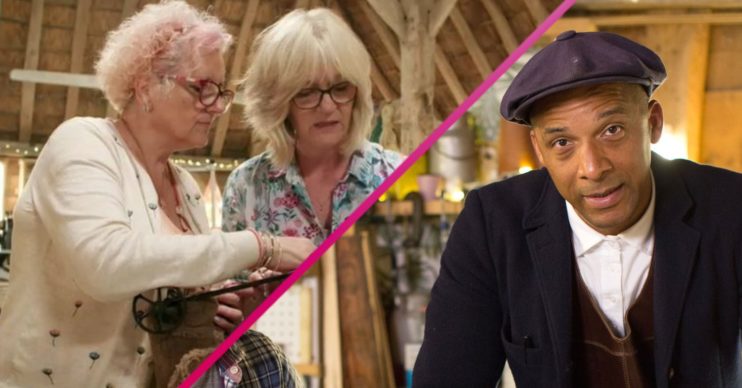 Some expected all-new episodes of the BBC programme

A number of fans of hit BBC show The Repair Shop were left disappointed last night when the programme returned for a special series.

Some viewers were expecting to tune in for all new episodes of the popular show on Monday (July 6) evening.

What happened on The Repair Shop: Fixing Britain?

But new iteration, The Repair Shop: Fixing Britain, is instead revisiting all the best – and often, most emotional – cases that have delighted fans over the years.

In The Repair Shop, customers bring in worn or damaged family heirlooms for furniture restorer Jay Blades and his team of experts to mend and refurbish.

There was confusion on Twitter last night, with a number of those watching unsure why the programme was airing old cases. Others admitted finding it “disappointing” that the BBC wasn’t showing brand new episodes.

One said: “Disappointing, it’s the same programme but with bits in the middle. Would have liked more restoration time.”

Another wrote: “Pity this new series isn’t new, but a new format only. More chat from from Jay, less of the skills on display #therepairshop.”

When another user clarified that it was a spin-off series, they added: “I’m sure it said a new series in the intro. I hope you are correct as I didn’t like this format. Still waiting for Jay to do something tbh.”

A third disappointed viewer tweeted: “Oh! Another way of repeating them.”

“My thoughts exactly,” someone else wrote, adding: “I was [fingers crossed] it was going to be new, but alas nope.”

Pity this new series isn’t new but a new format only. More chat from from Jay, less of the skills on display #therepairshop

My thoughts exactly, I was 🤞it was going to be new but alas nope

Read more: The School That Tried To End Racism viewers in tears as young boy breaks down

Not everyone felt let down, though, as many on Twitter said they loved revisiting some of their favourite moments from classic episodes. It included the extra emotional one with the old rocking horse brought in by a grieving widow, which also featured on Celebrity Gogglebox.

Still ‘in floods’ of tears

“That’s the third time I’ve seen *the* rocking horse on #TheRepairShop, and I’m still in floods,” admitted one viewer.

Another said appreciatively: “The Repair Shop tugs at my heartstrings on a weekly basis. The Repair Strings: Fixing Britain took those heartstrings. Stamped on them. Minced them. What other show can make such magic like this? @TheRepairShop.”

What did you think of The Repair Shop: Fixing Britain? Leave us a comment on our Facebook page @EntertainmentDailyFix and let us know.