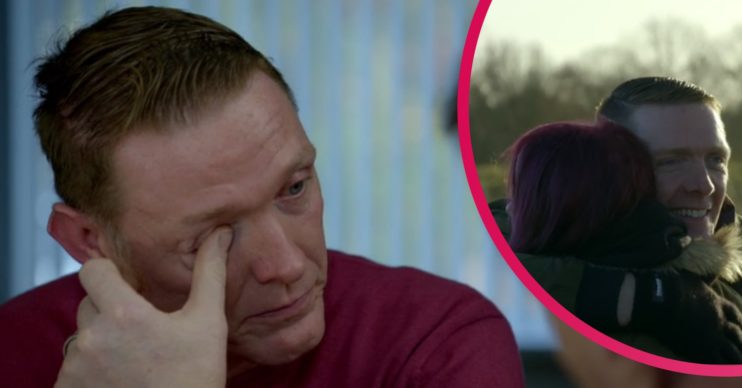 ITV viewers were in tears last night when Long Lost Family: What Happened Next featured a man made an upsetting discovery upon being reunited with his twin sister. The programme, which returned to screens on Monday (July 6) evening, sees hosts Davina McCall and Nicky Campbell revisiting some of the show’s most memorable stories. Last […]

ITV viewers were in tears last night when Long Lost Family: What Happened Next featured a man made an upsetting discovery upon being reunited with his twin sister.

The programme, which returned to screens on Monday (July 6) evening, sees hosts Davina McCall and Nicky Campbell revisiting some of the show’s most memorable stories.

Last night’s episode featured Jason, 43, who was separated from his twin sister when they were just a few months old.

The siblings went into care after their mother left and Jason’s father later got him back. But he made the decision to put his daughter up for adoption, as he worried he would find it too hard to raise them both.

Jason said: “You always feel like there’s something missing. It’s your twin sister, you shared your other’s womb for nine months.”

Jason explained how he had a difficult start in life – and always hoped that his sister Emma, wherever she was, had fared better.

“I would only ever let certain people in [my father’s house], I was always embarrassed. My dad was a hoarder and he suffered quite a bit with alcoholism. He couldn’t cope, he wasn’t mentally strong enough. We really never had hot water.

“He would always have money for alcohol and cigarettes but he would never have enough for us to keep clean and wash our clothes. I had to wash in a bowl in the kitchen.”

Davina explained: “Jason always hoped his twin sister was having a better life and has often thought of her.

Jason said that every birthday, his first thought it always to wish his sister a happy birthday, adding: “You wonder what she’s doing.”

Unfortunately, he learned that Emma had “suffered a fair amount” in their years apart.

I was always hoping she had an easier life than mine.

Their story never featured on the main series of Long Lost Family because Emma was going for a difficult time.

But for the new series, just over a year on, she agreed to let the show film her with Jason.

He explained, as the pair enjoyed a stroll through a park: “On the day I met Emma, I was very nervous after all the years of looking. I did wonder, ‘Will be have that twin thing?’

“When I met Emma, I realised it wasn’t just going to be an instantaneous thing. It would take time. But we were both happy to be with each other. We’ve talked to each other about our lives, we have so much to talk about.

“From the first day I met Emma, she was completely open about her mental health issues. It was apparent she had suffered a fair amount. I was quite upset about that because I was always hoping she had an easier life than mine.”

Viewers were emotional, with one writing on Twitter: “Heartbreaking.”

Another said: “Bless them, they’ve been through a lot.”

A third tweeted: “Emotional. Let’s hope his sister can rebuild her life and be happy too.”

Bless them they’ve been through a lot.

Emotional, what a great dad let’s hope his sister can rebuild her life and be happy too.

Someone else wrote: “Absolutely loving tonight’s Long Lost Family @ThisisDavina. Already had a few tears! Can’t wait to see what comes next #LongLostFamily.”

“#LongLostFamily more tears but this programme is so Humbling,” tweeted another.

#LongLostFamily More Tears but this Programme is so  Humbling.

What did you think of last night’s Long Lost Family? Leave us a comment on our Facebook page @EntertainmentDailyFix and let us know.