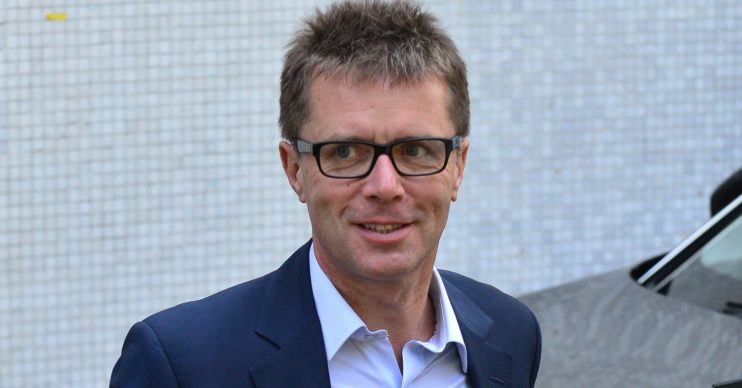 Presenter Nicky Campbell has sent a message of support to a devastated individual who revealed his pet dog had died.

The Long Lost Family host, 59, responded to a Twitter user who opened up about feeling “deafening” grief following the death of his beloved pooch.

An ambassador for the anti animal testing organisation FLOE (For Life on Earth) shared a video of comedian Ricky Gervais talking about man’s best friend.

Dogs are the most precious thing in the world. They love us to the moon & back.

Please tweet your MP in a comment on this, with #DogsLivesMatter: ask them to sign UK Parliament #EDM250 to stop the lies about medicine which fund #AnimalExperiments. @rickygervais @PeterEgan6 #Dogs pic.twitter.com/0TnvZwEX3H

What did Nicky Campbell say?

They tweeted alongside it: “Dogs are the most precious thing in the world. They love us to the moon and back.

“Please tweet your MP in a comment on this, with #DogsLivesMatter: ask them to sign UK Parliament #EDM250 to stop the lies about medicine which fund #AnimalExperiments. @rickygervais.”

“I lost my dog 48 hours ago,” the Twitter user wrote, adding that he felt “drunk with sadness”.

“The house is so quiet,” he continued. “It’s deafening. But I don’t want any noise either. Heartbroken.”

Nicky’s TV show is returning for a special reunion show.

Long Lost Family: What Happened Next sees Nicky and Davina revisit some of the programme’s most memorable searches.

The series will include them catching up with Kathleen Fraser Jackson, whom they reunited with her birth mother in Canada. This time, she’s heading to Jamaica to meet her youngest sister for the first time.

It’s will likely make for emotional viewing, as the documentary series regularly has viewers reaching for the tissues.

During an episode last month, those watching at home were in bits as a man who was abandoned as a child received crushing news about his parents.