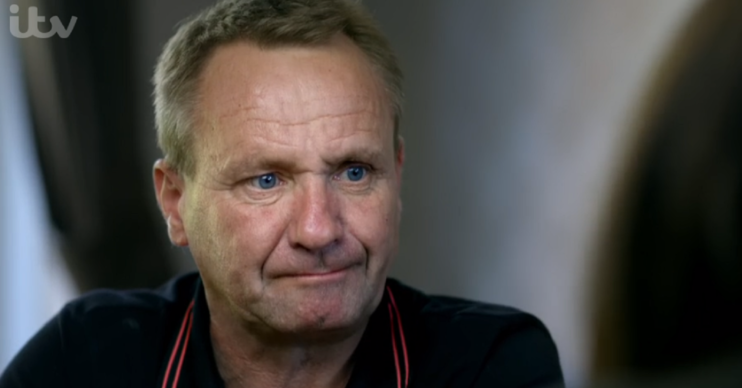 He had no idea

ITV viewers were in tears last night when a man abandoned as a baby was given heartbreaking news about his parents on Long Lost Family: Born Without Trace.

Simon’s birth mother abandoned him when he was just a baby. A stranger discovered him in a wooden corned-beef box outside the Railway Tavern pub in Greenhithe, Kent.

What did Simon learn about his family?

That was in October 1963 and Simon, who had never known any members of his family, had no idea that his parents had six other children.

In the programme, host Davina McCall explained that Simon has always lived in the same house in Gravesend. Since it was where authorities took him as a baby, he had always hoped his birth mother would find him easily.

Sadly, Davina had to break the news to him that both his parents had actually passed away.

Producers made the decision to give Simon the crushing news off camera.

Why did she leave me there?

But the programme included the moment they told him about his siblings; that his parents were married; that they all lived close by in Gravesend and that he was the youngest.

Simon fought back tears as Davina told him. He confessed: “That’s completely different to how I imagined… I always thought I’d be the oldest. It now puts another issue on – why did she leave me there?”

Davina said: “Your brothers and sisters now think your mum might have had post-natal depression.”

“Nobody does know [what she might have been going through],” Simon conceded.

It was an emotional moment when Simon was reunited with his two sisters and his brother.

They burst into tears as they hugged and noted the likeness shared between them.

Simon said afterwards: “It was an instant connection… I know who I am now. I’ve got my identity.”

We’ve all got the same blood running through our veins. I know who I am now… I’ve got my identity. – Simon #BornWithoutTrace #LongLostFamily pic.twitter.com/ZfFyUrX684

Viewers Reacted to Simon’s story on Twitter. One said: “I’m a grown man crying my eyes out watching this programme. Unbelievable. Good luck to you, Simon #BornWithoutTrace.”

Another said: “Heartbreaking for Simon. He’s so happy to have found some siblings. But to know they were a happy family and yet you were abandoned is heartbreaking. Really wishing him well for the future with his family. #BornWithoutTrace.”

A third wrote: “They lived two miles apart. My heart is breaking for Simon #BornWithoutTrace.”

I’m a grown man crying my eyes out watching this programme. Unbelievable. Good luck to you Simon #BornWithoutTrace

Heartbreaking for Simon. He’s so happy to found some siblings but to know they were a happy family and yet you were abandoned is heartbreaking. Really wishing him well for the future with his family. #BornWithoutTrace

What did you think of last night’s Long Lost Family? Leave us a comment on our Facebook page @EntertainmentDailyFix and let us know.