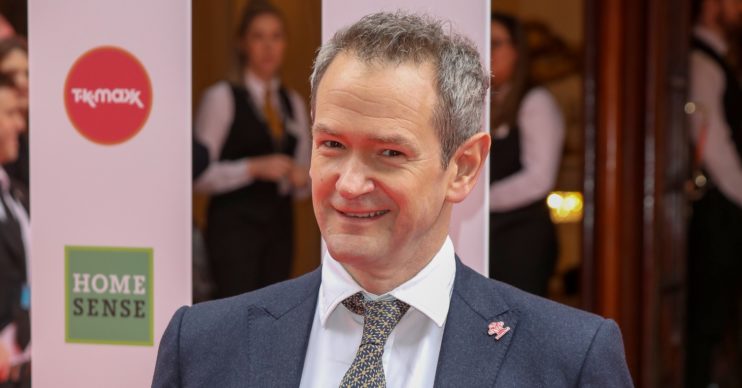 The TV host, 50, shared a snap of himself on Instagram at the Classic FM studio looking a lot more rugged than he does when he presents Pointless.

And he revealed that he’s been avoiding getting his hair cut during the pandemic, opting instead to let his salt-and-pepper barnet grow freely.

What did Alexander say?

In the caption of the photo, he wrote: “Another beautiful day at @classicfm, another day of dodging the hair scissors…

Another beautiful day at @classicfm, another day of dodging the hair scissors… I’m on till 12. Come and join me!

In the comments, Alexander’s fans couldn’t help commenting on the wilder look.

Some said they preferred it to his more “coiffed” look on Pointless, while others compared it to “fledgling fluff”.

What did his fans think?

Another reminded him: “You can still shave, treasure.”

A third commented: “I quite prefer the ‘fledgling fluff’ look.”

Don’t look so coiffed as you do on Pointless.

“You almost have a fro,” observed a fourth.

Someone else wrote, “I’m jealous of how good your lockdown hairstyle looks”, adding, “My hair has grey roots that go on for days, finished off with split ends”.

“Really enjoying the programme and the hair,” commented a sixth.

“Yes, you definitely don’t look so coiffed as you do on Pointless,” wrote another.

Luckily for Alexander’s fans, he’s on several programmes at the moment.

Aside from his Classic FM show and Pointless, which airs weekdays on BBC Two at 5.15pm, Alexander’s 2015 documentary series Land of the Midnight Sun is getting the re-run treatment.

That series, which sees the presenter set off on a journey around the Arctic Circle, airs Tuesdays at 9pm on ITV.

And his clip series Unbelievable Moments Caught on Camera is also currently showing, airing Thursdays at 9pm, also on ITV.

ITV is repeating Bradley Walsh & Son: Breaking Dad with a special series combining all the episodes from the first two series, plus some previously unseen footage.