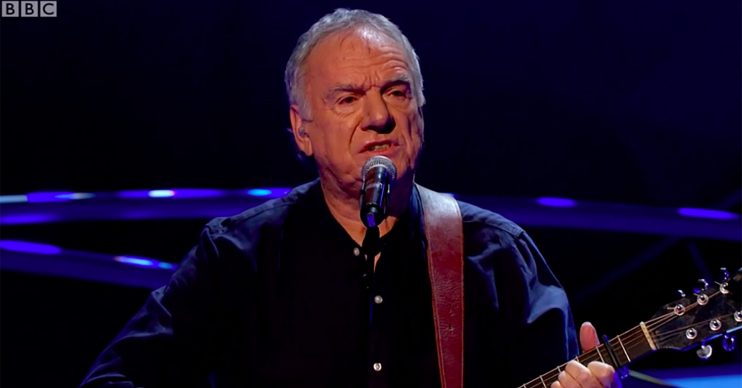 More meaningful than ever before

On Saturday (April 11), the popular BBC quiz show rounded the episode off with a poignant live music performance.

The humbling song describes the often ignored poverty and homelessness prevalent in the UK’s capital.

And a special verse has been added this year in conjunction with the coronavirus pandemic.

One user tweeted: “Streets of London sung so beautifully by @Ralph_McTell at the end of #PointlessCelebrities has undone me”.

Another user simply replied: “Me too” with a crying emoji.

A further user wrote: “Streets of London always makes me cry. Thanks #PointlessCelebrities and you @richardosman.”

And another posted: “Noooo #pointlesscelebrities don’t make me lose it now, I haven’t cried all day #ralphmctell #streetsoflondon.”

An additional user replied: “I’ll join you. Always has that effect, but even more so at the moment.”

The touching final verse inspired by the COVID-19 pandemic is as follows: “In shop doorways, under bridges, in all our towns and cities

“Remember what you’re seeing barely hides a human being

“We’re all in this together, brother, sister, you and I.”

The heartbreaking rendition featured at the end of the special.

Glen Matlock and Slim Jim reached the final, but ultimately lost out on the jackpot.

However, as it was a celebrity special, £500 was still donated to each of their respective charities.

The Streets of London was originally recorded by Ralph in 1969 and released on his album Spiral Staircase.

Despite gaining acclaim, its single version didn’t come out until 1974.

Over 200 artists have since recorded the song. It was re-released as a charity single for homeless charity CRISIS in 2017.

The new recording featured Ralph and Annie Lennox and reached number one in CD singles sales.