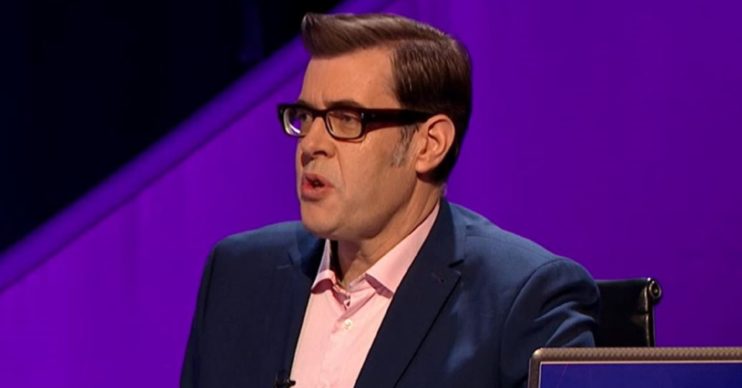 Can he say that?

Fans of Pointless were left shocked last night as brainbox Richard Osman swore before the watershed.

During an episode shown on Tuesday (April 21) evening, Richard was discussing possible answers with host Alexander Armstrong when he dropped the expletive.

He said: “It’s interesting that we had ‘overwhelm’ and ‘underwhelm’. I mean, you have to assume that you can ‘whelm’. And you can, it would have been a pointless answer. Stands to reason, right? What would you have gone for?

“Very good…” Richard told him, before saying the word that begins with A and rhymes with ‘farce’. “Firstly I thought you’d go with ‘whelm’, but when someone said ‘balm’ I thought, I bet you’re be a smart[bleep] and go with ‘lipbalm’.”

Alexander didn’t seem to think anything of it and the programme continued.

Reacting on Twitter, one viewer called it “shocking” while another admitted they were “oddly impressed” by Richard’s “rebellion”. Someone else jokingly warned he would get “letters” about it.

“Did @richardosman just call @XanderArmstrong a ‘smart[bleep]’?” one asked. “On the BBC? At tea-time? Shocking scenes! #pointless.”

“Didn’t think you could say ‘smart[bleep]’ before the watershed but @richardosman just did on #pointless,” tweeted another. They added with a laughing emoji: “I’m oddly impressed by this rebellion.”

A third wrote: “Saying ‘[bleep]’ and ‘bum’ before 6pm on the BBC?! @richardosman you’ll get letters #Pointless.”

It follows an emotional episode of the programme’s celebrity version aired earlier this month.

And at the end, singer-songwriter Ralph McTell performed his classic, Streets of London.

Only the tune, which describes the often ignored poverty and homelessness prevalent in the UK’s capital, had a special verse added to reflect the coronavirus pandemic. The poignant performance had viewers in tears.