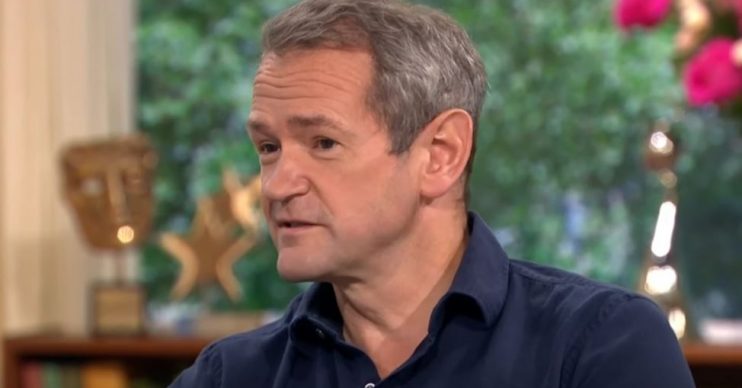 They are rivals, after all

Pointless host Alexander Armstrong has revealed on This Morning that The Chase’s Bradley Walsh often tries to sabotage his game show.

The presenter and singer, 49, appeared on the programme earlier today (18.09.19) to chat about All Mouth and Some Trousers, his new stand-up comedy tour.

As he chatted with hosts Phillip Schofield and Holly Willoughby, the conversation naturally turned to Pointless.

Alexander said he finds his job on the game show “particularly nourishing” and Phil said he loves it, with Holly nodding in agreement.

Phil asked what he thought about rival programme The Chase being filmed right next door to where Pointless is shot.

Alexander admitted it’s “mad” and explained that Bradley will sometimes come on set to steal the limelight when he least suspects it – and he always knows who’s behind it from the audience’s reaction.

He said: “Bradley comes in all the time. Suddenly we’ll hear the audience go mad and you think, ‘What the?’ and there’s Brad sitting at [co-host Richard Osman’s] desk.”

Schof asked, stunned, “So he comes in just to lift himself up, comes in and plays to your audience?” but Alexander admitted it was “always lovely to see” his rival.

While he hasn’t hinted at plans to step down, his colleague Mark Labbett – a ‘chaser’ on the show – recently offered his theory on who’s most likely to replace him.

During a conversation on Loose Women, The Beast said he think’s the host’s son, Barney, will be a top candidate.

As the talk turned to The Chase, presenter Christine Lampard pointed out that it had run across 13 series to date, adding: “That’s a lot of questions, isn’t it?”

Mark is one of five chasers on the programme, along with ‘The Vixen’ Jenny Ryan, ‘The Governess’ Anne Hegerty, ‘The Dark Destroyer’ Shaun Wallace and ‘The Sinnerman’ Paul Sinha.