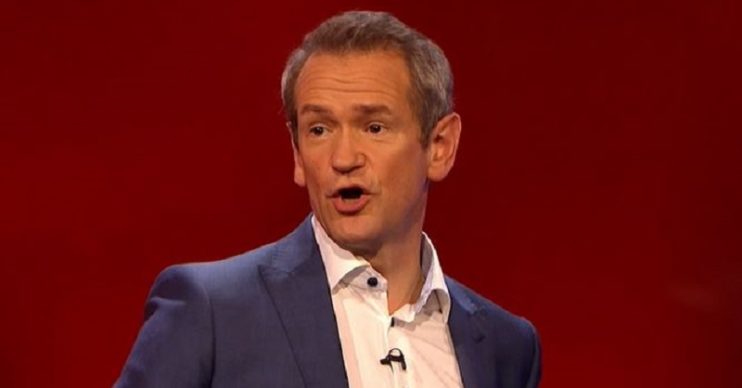 Some want to marry her

BBC viewers were left swooning last night as a Pointless contestant named Polly, described as one of the “fittest” ever to appear on the show, returned to screens.

Yesterday (Wednesday, May 6) evening’s repeat was the episode, originally aired in October last year, featuring Polly and her pal and quizzing partner Abby.

And safe to say, viewers were glad to have Polly back on their TVs.

The beauty explained at the beginning of the show: “I’m Polly and this is Abby. We’re best friends from the university of Nottingham.”

After the first question, which asked for words ending in the letters ‘rce’, host Alexander Armstrong said: “Polly, welcome, lovely to have you with us. Tell us all about yourself.”

She explained: “Well, I do medicine at the University of Nottingham with Abby. We’re in third year, we’re just finishing that off… [the course is] five years, so we’ve got two more.”

Asked what she likes to do in her spare time, she revealed: “We’re at the hospital most of the time these days. But I like to go swimming, I used to do it competitively. I like to go out on walks, I like to read.

“You know… quite boring really!” she added modestly.

One of the fittest ever contestants.

Host Alexander told her: “Nothing boring about those things!”

Unfortunately for Polly and Abby, they didn’t win. The pair made it to the head-to-head but were eventually eliminated, losing out to married couple Sue and John. On Twitter, Polly’s looks had a number of viewers swooning – with some even saying they wanted to marry her.

One said simply: “Polly tho… #pointless.”

Another tweeted: “Argh… the lovely return of Polly on #pointless. One of the fittest ever contestants.”

Someone else said, with a string of heart-eye emojis: “Abby and Polly #pointless.”

A fourth wrote, also using a load of heart-eye emojis: “Polly on #Pointless MARRY ME!.”

Argh….the lovely return of Polly on #pointless One of the fittest ever contestants ❤️❤️❤️

It follows an episode last week that left viewers shocked when co-host Richard Osman appeared to swear before the watershed.

He and Alexander were discussing a question asking for a word that ends in ‘lm’ when Richard said: “Firstly I thought you’d go with ‘whelm’, but when someone said ‘balm’ I thought, I bet you’re be a smart[bleep] and go with ‘lipbalm’.”