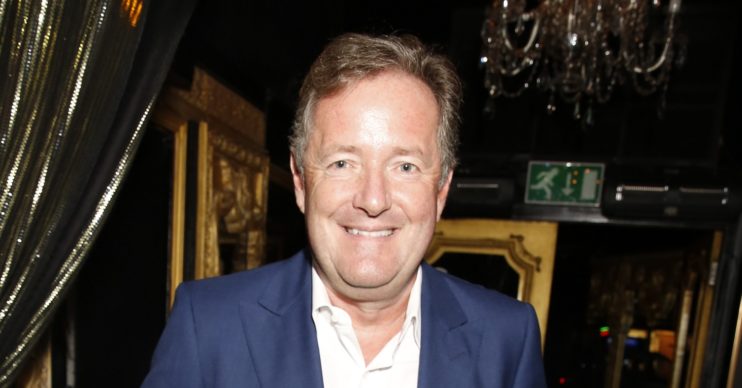 He said she's done it all over the house

Presenter Piers Morgan has revealed an adorable offer his daughter Elise made to him – and fans think it shows she’s taking after her mum and dad.

On Instagram, the Good Morning Britain host, 55, shared a snap with his followers that showed how his youngest child, eight-year-old Elise, is a budding entrepreneur.

The picture, which Piers posted on Tuesday (June 16), was one of a number of hand-drawn posters she put up around the Morgan-Walden household.

What did Elise’s posters say?

It featured a cut-out of a cartoon character, along with the message: “Would you like a hand-made drawing? £9.99 per week.”

The poster also advertised an upgrade option, as it continued: “VIP is £11.00 per week!”

It concluded: “In my office! Come for an amazing experience.”

Elise is getting very entrepreneurial in lockdown. These just got posted to every mirror and door. Particularly like the VIP mark-up.

Piers wrote in the caption: “Elise is getting very entrepreneurial in lockdown. These just got posted to every mirror and door.

The picture melted fans’ hearts. Many suggested Elise was going to follow in the footsteps of her dad and author mum Celia Walden. Others urged him to take her up on her drawing services.

What did Piers’ followers say?

One follower gushed: “Bless her, she is obviously following in mum and dad’s steps. Stay safe.”

Another wrote: “Children’s innocence is the best in these testing times.”

What a star she is.

A third said simply: “How lovely.”

Someone else wrote: “She’s a businesswoman! Please go and buy a drawing… I think you can afford it.”

“What a star she is,” said a fifth, adding with a laughing emoji: “I hope you pay up and let us see!”

“Hope you took the VIP one… very sweet,” one fan told him.

“The VIP mark-up is hilarious,” another commented. “I hope you are going to invest in a picture or two?”

Elise is Piers’ only child with his wife Celia, whom he married in 2010.

The GMB host has three other children from his marriage to Marion Shalloe – Spencer, 26, Stanley, 23 and Albert, 19.

What do you think of Elise’s posters? Leave us a comment on our Facebook page @EntertainmentDailyFix and let us know.