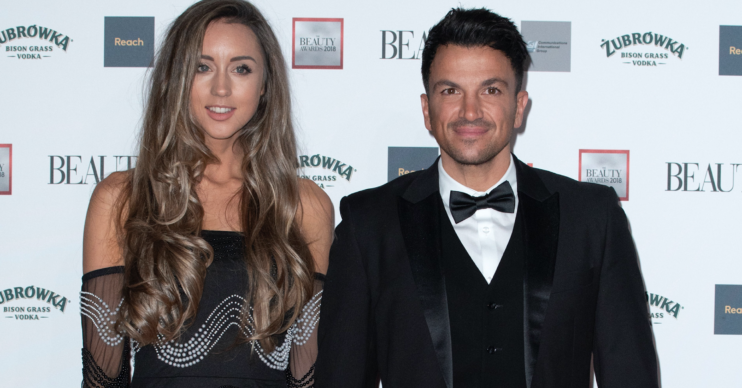 Peter Andre wants twins and will stop having kids at 50!

Singer Peter Andre has admitted he wants twins with wife Emily MacDonagh – but she isn’t keen.

The dad-of-four has already said he is open to having more children, but has now revealed lockdown has left him wanting a bigger family.

Peter is already a dad to six-year-old Amelia and three-year-old Theo with Emily, while Junior, 15, and Princess, 12, are from his previous marriage to Katie Price.

Writing in his new! magazine column, he shared: “I’ve been umming and ahhing about having another child, but then Emily has thrown this bombshell at me about having two more!

“She said: ‘It is possible before you turn 50!’ I’ve just gone with it, because what’s the point of questioning it?

“I’d be up for having twins, but she’s definitely not on board with that.

“At one point I was adamant I wouldn’t have any more kids, but then because of the lockdown I’ve been less focused on my work and I’ve realised how amazing it is having a big family.”

2 girls and a boy. Beautiful day

Although the star went on to reveal he isn’t entirely set on the idea, saying: “I’m sure I’ll change my mind again next week!”

Pete’s admission comes weeks after he revealed his plans to have two more kids in the next three years.

The doting dad told The Sun Online: “Here I was trying to get my head around the thought of having one more child.

“But then Emily throws a bombshell on me of having two more children. So now I’m really confused about what she wants.”

And it appears Pete isn’t the only broody one in their relationship after Emily revealed she’d love a third child with the Aussie star.

The 30-year-old doctor recently told OK! Magazine that expanding their family is something very much on their minds.

Emily explained: “We do talk about having another baby one day. My fear is that I’m going to get major empty nest syndrome when Theo goes to school next September.

“But there are no plans for a baby at the moment.”

Emily went on to admit that she had a “difficult time” when Theo was a baby but it hasn’t put her off.

She continued: “Millie was so easy and he was really hard work… But now he is getting older, I forget and think, ‘Maybe it wasn’t that bad after all?'”

And while the couple agree on having more kids, they share opposing views on gift giving for their youngsters.

In the latest episode of their reality show, Emily told the cameras that she wouldn’t go overboard on buying gifts for their two children.

She said: “So Pete and I are a little bit different in our approach to birthdays.

“Maybe because my kids are younger, but they are certainly not getting limited edition stuff.”