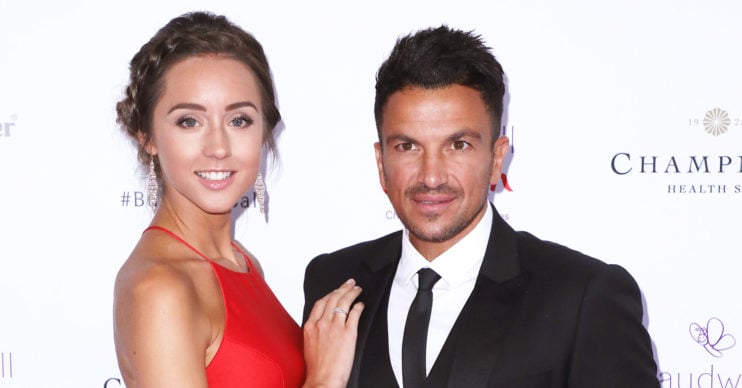 Peter Andre is planning to have two more kids in the next three years.

The 47-year-old pop star – who has Princess, 12, and Junior, 15, with ex-wife Katie Price, as well as Theodore, three, and Amelia, six, with his current wife Emily – has revealed he’s already agreed to have more kids with the doctor.

Read more: Peter Andre mocked by wife and daughter over his age

Peter told The Sun Online: “Here I was trying to get my head around the thought of having one more child.

“But then Emily throws a bombshell on me of having two more children.

“So now I’m really confused about what she wants.”

Peter was initially unsure about having more kids, but Emily has convinced him to add to their brood.

He said: “Before it was a definite no no, but now there’s a big possibility.”

Read more: Win £1,000 with our Grab a Grand competition

Meanwhile, Peter recently revealed Emily spends 20 minutes “disinfecting” herself when she comes home from work before she can spend time with her children.

He said: “She’s got to disinfect herself for 20 minutes. She’ll come home, I don’t tell the kids she’s home.

“She comes in, she takes off all of her clothes – it sounds great!

“But what happens is she has to put them in the washing machine, wrap a towel round her, have a shower, completely disinfect herself.

“Every time I say to her, ‘What’s it like?’ – and this is why I respect her so much – all she ever talks about is people doing more.”

Peter praised Emily and her family – who are mostly doctors on the frontline – amid the health crisis.

He said: “Her dad and mum, they’re all on the frontline. She’s a good person – she doesn’t say a lot about what’s going on.

“But I know she’s heavily exposed to what’s going on.

“This is why I have so much respect for her, six out of eight of her family are doctors.

“She’s a good person she doesn’t say a lot about what’s going on but she’s dealing with a lot.”