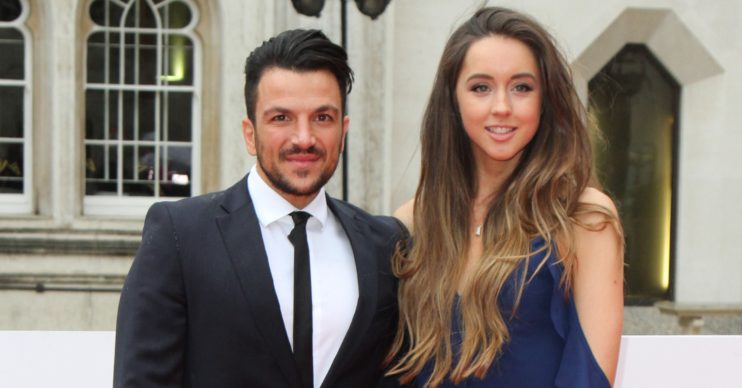 The singer is 17 years older than his doctor wife

Musician Peter Andre found himself as the butt of wife Emily and daughter Princess’ joke as they playfully teased him over his age.

The 47-year-old was mocked for being “old” by the two during an episode of his YouTube reality show.

During the show, Peter and Emily are thinking of ways to pass the time during lockdown when the touchy subject of age is mentioned.

The 30-year-old doctor challenged each member of the family to sit down on the floor and get back up – without using their hands or knees.

Emily then teased Peter, telling him: “It’s kind of like a test of your age.”

She continued: “Because me and Princess, I’m going to group us in together as we are both young.”

Following Princess’ attempt, Emily told her stepdaughter: “You make it look ridiculously easy right, and me, I can do it.”

However, Peter appeared to struggle and was unable to get back up onto his feet.

The family erupted into laughter, with Peter shouting at his wife and daughter: “Get lost!”

Fans couldn’t help but comment on the funny moment, with one writing in the comments section: “OMG, the games part was hilarious.”

Another said: “Oh my gosh, you guys are fantastic, you had me howling with laughter. This is what families are all about x.”

A third added: “They are just the best family, amazing.”

It hasn’t always been fun and games in the Andre household.

Last week, the married couple admitted to disagreeing over whether they should send daughter Amelia back to school.

So we’re watching the edit for tomorrow nights show.. there’s one scene that’s made her act like this.. tomorrow night 7:30pm #lifewiththeandres LINK IN BIO

They have since decided to send the six-year-old back – but insist they will take her out if anything goes wrong.

“Millie is excited and I feel really positive about it,” Emily wrote in her column for OK! Magazine.

“Pete is going to be doing the school run while I am at work and he is a bit worried about her going back but I said we will review it as we go along.”

Emily continued: “Her safety and well-being are my absolute priority like every parent so if there is any hint that things aren’t going well or if there is another spike in infections then we can take her out.”